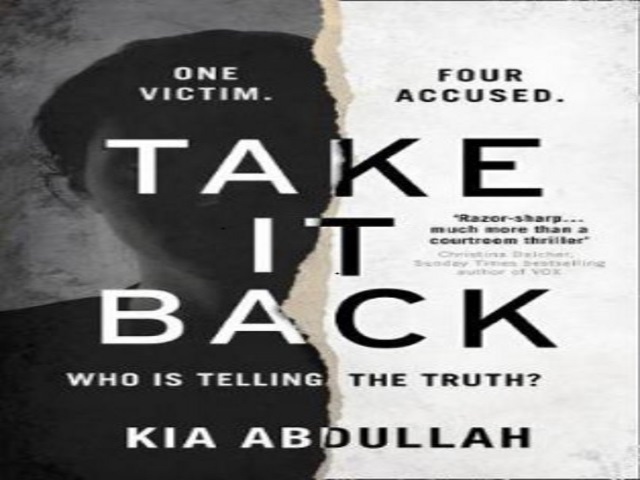 Kia Abdullah is an author and travel writer from London. She has contributed to The New York Times, The Guardian, BBC and Lonely Planet, and is the founding editor of outdoor travel blog Atlas & Boots, read by 250,000 people a month. Her latest novel, Take It Back, was published in August 2019.

Picture the scene: a London estate and community centre funded and created to help those, often poor and from Muslim backgrounds, to escape the overbearing pressures and high expectations of home and parents.  A place where Amir, Hassan, Mo and Farid can say and do what they like without fear of reprimand or judgement. Meet a girl, Jodie, same age but tragically deformed from birth. Socially an outcast and living with a drunk and verbally abusive mother, she has little joy in her life, but for her one so-called ‘friend’ who is in direct contrast in terms of looks, confidence and behaviour. Now for Zara, ex barrister and successful young Muslim woman who attempts to negotiate past and current relationships, the passing of her father, a change of career and a habit that’s hard to kick. She steers us through this story line and provides us with plenty of opportunity to meet and observe the primary and secondary characters that quickly form two very clear sides of an incredibly complex and emotionally ferocious battle. The molotov cocktail that becomes more about race, faith and stereotype than it does about the horrendous alleged crime that has acted as the spark to the fuel soaked rag.

]The story makes mention of similar high profile cases where girls and women have been set upon by groups of Muslim males and the echoes of these haunt the pages and add weight to the debate around culture, community, faith, honour, loyalty, power, vulnerability, social attitudes and the treatment of women in general. There’s a lot of very uncomfortable content, but the writer doesn’t shy away from opening the box and exposing the reader to some very disturbing mental images and extreme prejudices. This makes for a difficult read in places, so I had to pick this up and put this down regularly in order to give myself the space to digest it and not get sucked in too deeply to the reality of just how terrible people can be to each other and to women, especially those that have alleged to have been sexually assaulted. The justice system might favour innocence over guilt, and rightly so, but it doesn’t leave a shred of dignity in tact for those complaining of some of the most serious crimes. Despite this, our advocate, Zara, is always on Jodie’s side, and so we feel she’s in safe hands throughout. Zara is real; she has human qualities that get her into some very difficult and compromising positions and these threaten to undermine her reputation and that of the case she’s handling. But she steadfastly supports the cause and is unflinching in her resolve to seek justice for Jodie.

The book is cleverly written and you spend enough time with each party to be convinced of their innocence, only for this to be rebutted when the story unfolds from the other side. You’re often left wondering who, exactly, is telling the truth here. It’s quite a limbo read where you’re never quite sure how the last statement of innocence is going to be undone. Towards the end there are some unexpected twists and turns…ironically, as you would expect, and they are handled very well. I like to preempt when reading in order to establish just how ‘off’ I was. I was pretty off.

It raises many questions: does justice always prevail? Does it ever prevail in cases of sexual abuse? What lessons can be learned, if any, from cases such as these? Is it possible to ever depart from race, culture and religion in situations where it unites as much as it divides? It certainly left me thoughtful. 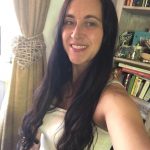 Jess Sturman-Coombs is currently completing her final year of the MA in Creative Writing at Birkbeck. As well as a student, she is also a content writer within the Digital and Cultural Heritage sector, has written and self published a number of novels, is a teacher of English and creates and runs writing projects in schools. Her mission is to find new and proven methods to bridge the increasing gap between young people and their attainment in English and writing based subjects in general.