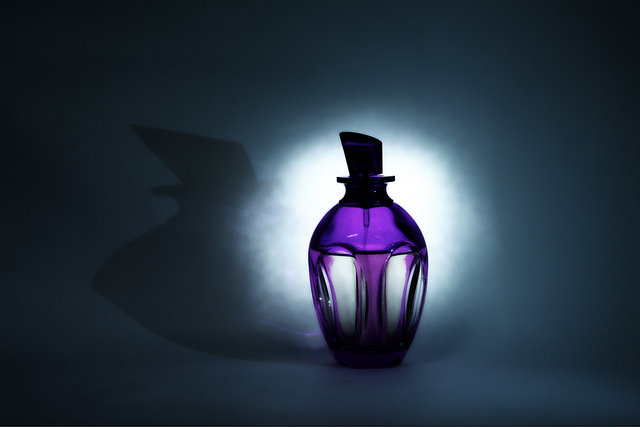 The Gift by Tabitha Potts

I had to get a gift for my wife (who is easily disappointed) and I had to get it by 6pm on a cold and rainy Tuesday in London. She demands from me a certain quality in my gifts: they cannot be simply a proof of financial outlay (too crude, too straightforward) nor should they be clumsy, handcrafted love tokens (these are for children and young lovers) but they need to show an insight into her character, display a certain subtlety and a level of intellectual involvement.

As you can imagine, this did not fit well into the timeframe of a business trip, but my stay had been unexpectedly lengthened due to cancellations (a weekend of storms with old fashioned British names such as “Storm Archie”) and I now had some time to solve the problem. Not the problem of my wife (if only such a solution existed) but the problem of her gift. I had one afternoon.

I took the Underground to East London where my guidebook reliably informed me there was a ‘chic’ shopping area. I thought this might potentially sell something my wife would tolerate or even, perhaps appreciate (so different from her attitude to me). There is something about the rain in London which is unique. I’d hardly ever seen the city without a leaden grey sky accompanied by a light, intermittent rain which slowly dampens your shoes and collar and goes down the back of your neck. I experience rain so rarely in California that it is a novelty, it has a certain noir quality which makes me imagine hearing a distant saxophone, maybe the soft beat of a snare drum.

The streets were dark and narrow, and the buildings were old, not quaint but old old, as though they were about to fall apart, with narrow sidewalks and graffiti. I eventually found an indoor market, which looked as though it had been there for centuries, and walked around the little stalls, but I couldn’t find what I needed. I’d more or less given up, and was wondering whether I should go to a more upscale neighborhood, perhaps visit Harrods or Liberty, when I found myself in a street of very old houses, one of which had what looked like an oil lamp flickering outside. Here, I found a little alleyway called Folgate Mews, and curiosity made me look into it. There were more houses, tiny this time, and a shop. Above it a sign painted in gold read ‘Apothecary’. Through the glass windows I could see old wooden cabinets with many drawers, a round table covered in small glass bottles, a purple chaise and a long counter. I opened the door, which set a bell chiming, and walked in, ducking my head below the lintel.

Appropriately enough, this very feminine appearing space was inhabited by a charming young woman, who emerged from the shadows behind the counter. She had a porcelain quality, her skin smooth, even and pale, her eyes large and blue and her hair hanging in soft ringlets down her back. The second thing I noticed was a particularly delightful scent: it was hard to identify the source, but eventually I realized it was coming from the candles that flickered above the fireplace in which a log fire was burning. The scent was clean, calm and rather soothing; I detected a note of clean, ironed laundry, lemon and vanilla pods and flashed on a childhood memory: my mother ironing while a cake was baking in the oven, me sitting at the kitchen table, drumming my heels on the chair while doing homework, she humming to herself as she completed her chores. Unexpectedly I found myself tearing up. That had been a moment of pure happiness, hadn’t it? How often do those occur?

The elfin creature behind the counter was watching me.

‘It’s very subtle, but it’s so… powerful at the same time’.

‘You can buy this as a room fragrance, and of course a perfume as well. It tends to be different, for different people. When I smell it, it reminds me of playing in a garden when I was a girl; lavender, roses and a note of mown grass.’

‘This one we call Revenir. It’s exclusive to our shop. We have many fragrances you may enjoy’.

I couldn’t place her accent – European, certainly, but where? There was a delightful low note to her voice, it was enchanting. I could have listened to her all day.

A moment later, I found myself looking at a glittering row of bottles, jars and other small containers that she had spirited onto the counter. There were many different colors, a turquoise that reminded me of Navajo jewelry, an amber of the hue of a cat’s eye, one that sparkled with gold flecks and brought to mind a Venetian paperweight that sat on my desk at home.

‘’We have perfumes for every person. Anything you might desire. This one,’ she gestured towards a small, dark red bottle, ‘smells of blood.’

I muttered something about not knowing any vampires personally, and she laughed.

‘This one,’- a bullet shaped container in a leaden grey color – ‘smells of metal and gunpowder. Our clients who wear it say it makes them feel strong and powerful. Mostly men, but more women than you might expect. This one,’ she gestured, ‘has a top note of smoke, like cigarette smoke, and in the base note you will smell the scent of skin and sweat. It’s as though you are in the arms of your lover, lying in bed.’

I looked at the bottle, which was of iridescent silver glass. It had swirls of darker color inside it, which almost looked as though they were moving.

‘You are looking for something for yourself, or for someone special?’ she asked.

‘A birthday gift for my wife.’

‘Ah. Then I suggest you choose from these three’.

She pushed three little containers towards me on the counter.

‘This,’ she pointed at a translucent green glass bottle, ‘suggests the scents of spring. Floral top notes, base notes of sandalwood, it’s fresh and enticing. Your wife will feel, and look, rejuvenated when she wears it. This one,’ – a larger, red bottle with golden detailing – ‘is full of passion and romance. It has tuberose heart notes, a touch of musk and magical top notes that will entrance everyone around her.’

‘What about that one?’ It was the plainest of the three, but the color was alluring, a deep, dark purple.

‘This is a riskier choice. It is a dark and powerful perfume. We call it Manifest, because it will bring the wearer her most secret desire.”

The bell chimed behind me five minutes later as I closed the door, the bottle of perfume (which had been even more costly than I had expected) nestling in a purple and golden velvet box in my pocket.

I arrived home after a lengthy flight from London Heathrow via Los Angeles International to San Jose and an equally long cab journey with a crazed driver who drove alarmingly fast while telling me about how his ex-girlfriend had pulled a gun on him one night. I was exhausted. Luckily my wife was not home yet; I took a shower, shaved and changed my clothes.

When I came downstairs she was waiting in the kitchen. Our home, in the mountains just outside San Luis Obispo, overlooked the city below. The light from the low evening sun caught my wife’s blonde hair through our wide glass windows, giving her a fiery halo. She’d put two glasses of chilled Sauvignon from our favorite winery on the table. I remembered visiting it for the first time together and how we had exclaimed over the grand building, its formal gardens with their Koi carp lazing through the glassy ponds and then, exploring further, found an airfield where a pilot took us for a short flight in an old fashioned biplane. I remembered soaring through the achingly blue Californian sky with her, her hair lit gold like today, and how we had felt as though we could overcome anything.

Then she found out about my affair and then she miscarried our baby. The two things were separate but it didn’t feel like that at the time. That’s what she told me.

We exchanged our news – she’d been particularly busy at work, I told her about my trip. Then I handed over my gift. I almost expected the box to be empty when she opened it, like it happens in those old stories my mother read to me as a child – the hero falls asleep clutching fairy gold, only to wake up with a handful of dead leaves. But the squat purple bottle was still there, nestling on its velvet cushion.

She opened the bottle. The scent filled the air: seductive, potent and terrible.