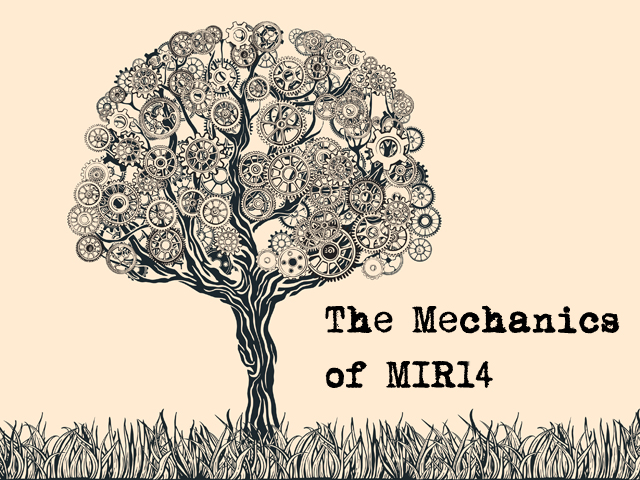 The Edit – things are shaping up, by Sarah Alexander

This is the fourth in a series of behind-the-scenes glimpses into the production of The Mechanics’ Institute Review Issue 14. Over the next few months, you’ll hear first-hand accounts from some of the people involved in the process, describing the stage in which they’re taking part, and their personal experience of it. Our aim is to provide an insight into what publishing an issue of MIR entails, which we hope will be of interest to writers, readers and would-be editors alike.

Our fourth post, on editing, is by team member Sarah Alexander. Once the editorial team had agreed the final list, each of the selected stories was assigned a first and second editor. Depending on their availability, each member of the editorial team was first editor on 1 to 3 stories, and second editor on 2 to 3; we also brought in 2 additional editors, to avoid overloading. For each story, the first and second editor discussed editorial comments and suggestions, which the first editor then took to the author, either meeting them in person, or liaising via email. Over the next 2 to 3 weeks, the author made changes which the editor reviewed, until both were happy that the – already strong – story was the strongest it could be. That’s the overview; read on for Sarah’s personal experience.

The Edit – things are shaping up

When I signed up to be on the editorial team for MIR14, it was the editing stage of the process that I was most looking forward to. I loved the sifting, the longlisting and the final-listing stages (another excuse to read!) but the shaping of the stories, for me, was always going to be the fun bit.

I’m lucky enough to have experience of editing and being edited, and over the years I’ve been on quite a journey. The first time I edited stories for MIR was back in 2012, as a member of the MIR9 editorial team, when I was new to critiquing and hadn’t yet learned to read as a writer. I’ll be the first to admit, I think I probably went in a bit heavy-handed – suggesting drastic changes in structure, voice, point of view and even the plot of the stories I worked on. It wasn’t because I thought they were badly written – after all, I had championed the stories to get them into the anthology and just wanted the best for them – but more that I was only thinking about what I as a reader would like to read and what I as a writer would like to write. Fortunately, my writers were very receptive and polite to my suggestions but I think they were slightly bemused and probably exhausted by my three-stage edit.

Since then, I’ve had the opportunity to have a story edited for MIR10 and I’ve had my debut young adult novel edited by publishers in the UK and the US, and, much to my initial horror, I’ve learnt the error of my ways.

By nature, fiction editors are the loveliest people on the planet. They take great care over telling you how wonderful your work is before very gently tearing your work to shreds. Only joking about that last bit. I’ve always expected my work to be torn to shreds because, by nature, writers have fragile egos and never think their work is good enough.

In actual fact, what fiction editors do is quite magical. With X-ray-vision glasses, they see beyond the words on the page. They have this ability to get inside the writer’s head, the characters’ heads and prospective readers’ heads and help mould that seed of an idea or strange bit of dialogue into something that not only makes much more sense but was exactly what the writer had intended anyway. And they do this without ever telling the writer what to write. They do so by gently clarifying the writer’s intentions first and then drawing out those themes and ideas. I’ve never felt as though my work has been torn to shreds.

So, this time around, as an editor on MIR14, before I even started to think about the edit, I asked myself a few key questions in order to truly understand the story on all its levels and to consider what the writer was trying to achieve. The questions included:

– What are the main themes? Is there a specific angle to them?
– Can I see any hidden layers/meanings?
– What is driving the story – is it one character, multiple characters, setting, compelling plot?
– How does the sense of the story emerge – through narrative or dialogue?

Once I’d summarised my thoughts about the writer’s intentions for the story, I then moved on to looking at the story in more detail. Again, I found it useful to use a list of questions to help me:

– What is the effect of the chosen point of view and tense? Do they work?
– How do I feel about the characters? Do I care for them or detest them? (Note: either is fine, as long as I have some kind of reaction to them.)
– Do the events of the story make sense? Is there anything missing? Is there too much detail anywhere?
– Is there a strong sense of place? Does there need to be?
– What are the writer’s strengths? How can these be drawn out even further?

Once I had answers to the above questions I compared these to my summary of what I thought the writer’s intentions were and this helped inform my comments and suggested edits to the writer.

Finally, I zoomed in to the story one step further for a line edit, examining it sentence by sentence and exploring the detailed use of language. This isn’t an exhaustive list but here are some of the things I looked out for:

– Does the dialogue ring true for that particular character?
– Are there any clichés?
– Does the narrative make sense – contextually as well as grammatically?
– Is every sentence justified? Does it move the story on?
– Is there a variety of sentence structures?
– Are there any inconsistencies, typos, unnecessary or wrong words?

So it seems I still have a three-stage process but not only is it condensed into one set of comments for the writer, it’s much more focused on the writer’s intentions and strengths and is designed to help the writer shape the story in their own way.