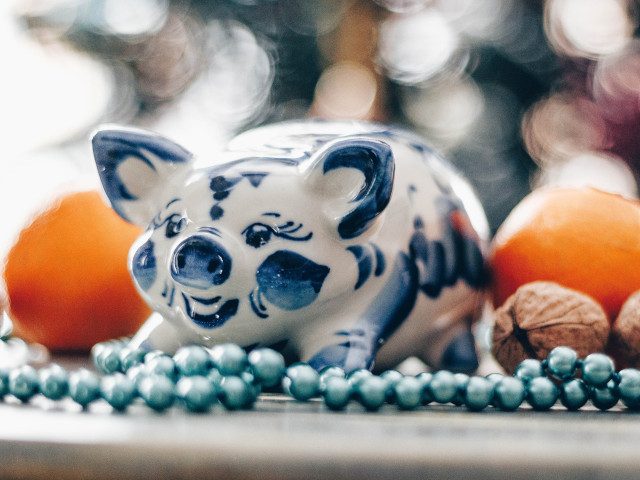 There were eyes all over me as if I were the culprit as opposed to Francois who paraded me through the party in an ill-fitting suit, buttons near bursting at the belly as he grinned at passers-by like a child who had just let out wind. The woman of the hour. She stood gesturing near a pig, roasted body on a platter of heirloom silver. ​Why do people make a mockery of pigs who cannot eat? It upset me profoundly. The pig’s skin was charred and scaly from heat. Francois tore a strip of its flesh. The skin crunched beneath his teeth. He licked his lips in praise of the woman of the hour. ‘Such a succulent pig,’ he said. I stood by the table beside Francois, a look of innocence playing on my face. He preferred me close as a reminder to others. I fingered the white cloth. ​The woman of the ​hour looked me up and down. I lowered my eyes. I had seen the cooks running around in the background like chickens with their heads cut off. Indeed, there were some now on the table next to the roast suckling pig. They gave me surreptitious glances: not the chickens but the cooks. They wanted to know how a girl like me of my age and status could be with a man like Francois. I have been examined all of my life, seen as a curiosity both ugly and beautiful like the figs split in half on the table.

The woman of the hour pretends I am a shadow on the ground flanking Francois’ feet. She speaks to Francois in the way everyone speaks to Francois: she laughs at his every joke, defers to him in disagreements, shakes her head to and fro. The pig, I notice, is smiling, full of all the apples in the world. My mother told me once that suckling pigs were called suckling pigs because they were not yet weaned from their mothers when separated and killed. She told me their bodies shrunk on the coals they rest upon, skin tightening, mouths choked into a smile. I could not imagine what it must be like to be birthed, tasting the first milk of your mother, only to die for a plate at the amusement of savages. And then I giggled. I giggled to think that these people once thought, still thought, that me and my people were the ones who went around with spears, speaking in tongues, and so what if we did? My shoulders heaved and my nostrils let out the sounds of the pig. I couldn’t help myself. But Francois’ face coloured in rage as he dragged me away. ‘You should be ashamed of yourself,’ he said as we stood on the cobbled street.The woman of the hour peeped from the window. ‘Behaving like an animal!’ he said. ‘Do you know where we are? To embarrass me like this? You are replaceable,’ he said, his words echoing between the narrow street, ‘and there are hundreds of girls just like you waiting for a chance such as this.’

‘Leave me? Why don’t you just leave me alone?’ and in my rage, I spit on his lip. I spit on his lip and he recoiled. He had shoved his tongue into my mouth, into all of my orifices, and still he recoiled, a crazed look on his face as if I were a stranger brandishing a knife as opposed to a girl of nineteen. ​Dark as a delicacy​, he used to say. ​To be sampled and thrown away. 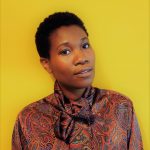 Jennifer Obidike is an American writer and performer living in London. She’s performed for book launches and festivals in collaboration with Les Fugitives, and has shared her work with Lit Sisters and MIRLive. She has a Master’s degree in Creative Writing from the New School (A New York University). She is the founder of ‘Let Me Read For You’, a new venture offering writing coach and editing services to creative writers. She can be found on Twitter @jenniobidike