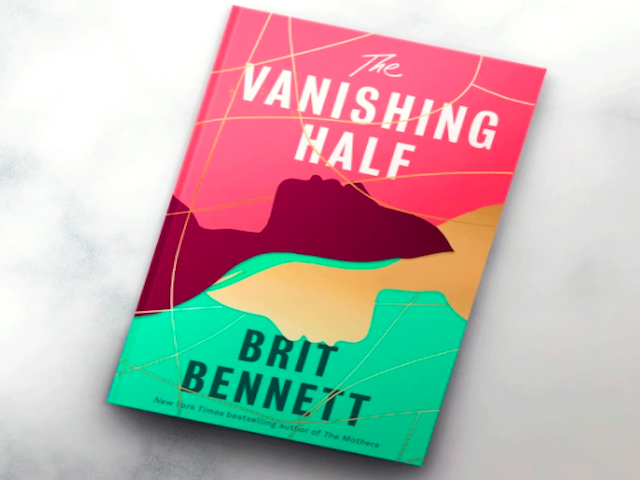 Aisha Phoenix reviews The Vanishing Half by Brit Bennett

Negotiating a hostile society: A review of Brit Bennett’s The Vanishing Half

The Vanishing Half by Brit Bennett was written well before the murder of George Floyd, an African American man killed by a white police officer in the USA. However, the timing of its release as the international Black Lives Matter movement gained momentum is resonant and poignant. It is an elegant novel that explores the effects of both racism and colourism, prejudice on the basis of skin shade, on the lives of three generations of African American women.

At the centre of Bennett’s novel, which unfolds non-sequentially between the 1950s and 1980s, are the lives of identical twins, Desiree and Stella, whose skin shade is light enough for them to pass as white. Raised in a small town in Louisiana where most people have light skin and colourism is rife, they witness the brutal lynching of their father by white men. This racist brutality epitomises a question at the heart of the novel; how can you fit into a society where your right to exist is not accepted?

Bennett uses the device of having the twins run away from the familiarity of their small town to explore how the choices they make in the city produce radically different lives. One twin decides to live as an African American. The other chooses to ‘pass’ as a white woman, ignoring the racist ‘one drop’ rule, by which people with any African ancestry were designated as Black. To avoid spoilers, I won’t go into detail. However, both Desiree and Stella have a daughter. Kennedy is white with blonde hair and blue eyes while Jude has dark skin. They have contrasting experiences and engagements with the world; Kennedy benefits from colourism and Jude is oppressed by it.

Skilfully, Bennett conveys the pervasive effects of colourism, highlighting the skin shade hierarchy in which those with light skin are positioned at the top and those with the darkest skin shades are relegated to the bottom. Of Jude, she writes,

THEY CALLED HER TAR BABY.

Midnight. Darky. Mudpie. Said, Smile, we can’t see you. Said, You so dark you blend into the chalkboard (p.83).

Although not set in contemporary society, the colourist name calling to which Jude’s character is subjected is strikingly consonant with the experiences of participants in my current research with Nadia Craddock on colourism in the UK.

Running through the novel are themes of alienation and striving to fit in that affect the central characters in different ways. By employing an omniscient narrator, Bennett gives readers insight into many characters. She explores the complex, painful negotiations and compromises required in order to survive and make life liveable.

One of the most tender relationships in the novel is between Jude and Reese, who has transitioned from female to male, cutting his hair and wrapping his chest. Bennett depicts a relationship in which Jude and Reese share genuine love and appreciation for each other’s beauty in a society where the mainstream seeks to marginalise them for being too dark or trans respectively. Just as in her performative efforts to ‘pass’, Stella seeks recognition as a white woman, Reese works hard to be recognised as a man.

I wondered at the plausibility of some of the coincidences in the novel, described by Sarah Resnick in the New York Times as ‘outrageous coincidence’. However, this did not detract from my enjoyment of this text. Bennett’s evocative prose, insightful and sympathetic portrayal of character, and ear for dialogue coupled with a compelling plot, made The Vanishing Half a page turner. I am not surprised this is a New York Times best seller and I look forward to reading more of Bennett’s work.

The Vanishing Half by Brit Bennett was published by Dialogue Books.

Aisha Phoenix is completing a speculative fiction novel. Her collection, Bat Monkey and Other Stories, has been shortlisted for the SI Leeds Literary Prize 2020 and she has been longlisted for prizes including: the Guardian/4th Estate BAME Short Story Prize, the Bath Short Story Award and the Fish Flash Fiction Prize. Her work has appeared, or is appearing, in anthologies and magazines including: Inkandescent’s MAINSTREAM, Peepal Tree Press’s Filigree, the National Flash Fiction Day anthology, the Bath Flash Fiction anthology, Strange Horizons and Litro USA Online. She has an MA in Creative Writing (Birkbeck) and a PhD in Sociology (Goldsmiths). She tweets as @FirebirdN4.