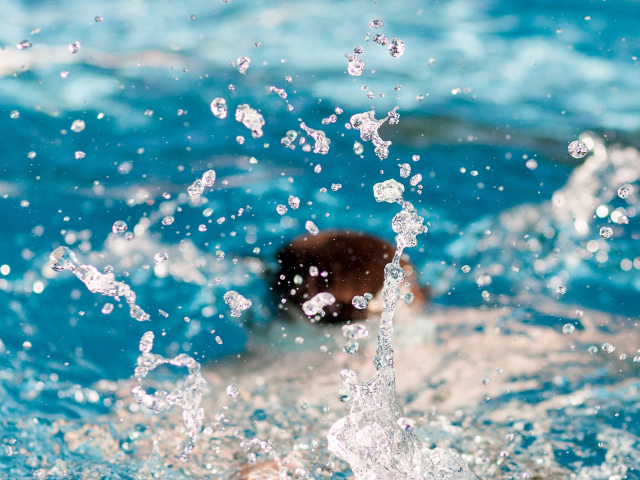 The Railroad by Christian Brookland

Him and her sat near the entrance of the restaurant fronted with glass, a view of the one-road town on display. Workers were building; things were happening. Men handling long railway struts and arranging the wooden slats in between. She followed the lines of slats with her eyes, hoping to see where they led, but the last one was still close by, and beyond, the terrain rose steep and skyward for miles. She turned to him for an answer.
“Once it’s completed, the railroad will take people all the way to the top of the mountain. They tore up the pavement right outside my front door.”
He shot hostile looks at the nearest workers, as if they were counter-revolutionaries to his cause.
“And? Did you try to stop them?” she asked.
“I tried.”
“You and whose army?”

He had taken the whole group to the restaurant: the traditional sending off, the last checkbox on his list. And now they were gone but for this woman who was struggling to find a cut off point before she went her own way again. They sat opposite each other at one end of the long table, always long tables for him. Screwed up napkins slowly relaxing on chairs and plates surrounding them.
He ignored the commotion taking place on the high street. Just a railway track being nailed onto the road after all.
She stared out, distracted. In profile, in her purple, baggy raincoat, she looked like a child, ten, fifteen years younger than she really was. Had she worn suits back home, he asked himself, whilst working her dead-end job? Smart black with white blouse? It didn’t match his version of her. More believable if it was an older sibling living her mirror life. Were her parents thinking of their stray child right this minute?

Looking at her, he remembered a girl he saw a long time ago in a public swimming pool. He’d followed her around for an entire afternoon. She’d seen him too, and he was still certain that she had been the one who initiated their game.
They weaved in and out of adult swimmers and held their breath together underwater. She would lift herself out the indoor pool to slip into the outdoor pool, sneaking back after half a lap to re-enter the indoor pool again, squeezing through plastic flaps that formed the border in between; he would do the same. They lapped the complex like two wind-up cars on a track. Father was hanging back on the terrace reading his newspaper, happenings in the capital as well as nationwide items, simmering in the sunshine and swatting inquisitive midges.
He was just about old enough to roam freely.
The girl would perform a nervy, complicated routine off the diving board, challenging him to follow up with something better. Younger, shyer kids made their silent judgements from the shadow under the rattling rectangle, kicking the water, tight-faced with frustration and wishing they were older. Him and the girl watched each other’s imprecise reflections in the warped panels glued to the underside of the ceiling, their bodies stretched out at the seams where the panels were interrupted or where a missing square lost them in free-fall for a glitch in time. They backstroked a few lengths like two loud dogs, laughs echoing around the hall, white and foamy disturbances in the surface rippling off towards the pool’s perimeter.
She was a few years older and a little taller and skinnier than his stubby self. She set the pace. It was their little world for the day – the public swimming pool – and after jumping and splashing in a bubbling pit around a cluster of brooding old ladies bunkered in the middle, plumes of steam rolling off their giant backs, she made him watch the way she climbed up the monkey bars which she knew he couldn’t reach, hanging down with the water streaming off her milky body in the sun.
They never spoke.

“What you thinking about?”
She rotated the palm of her hand in front of his eyes. He looked away and saw one of the railwaymen make a similar gesture as he explained something to a crew of bored-looking workers raking the dust with their shoes. He recognised two; porters under his name. They had a family they needed to provide for after all, and he hung his head to avoid their gaze.
“Nothing much.”
“You were miles away just now…”
“Hmm.” He visibly longed to retain the after glimmer of his boyhood memory.
“Hey?”
“Yeah?”
“Do you think it’s childish of me to keep running away from any kind of responsibility in life?”
“You’re sticking to what makes you feel alive, that’s all. And you’re scared to lose that feeling, to throw it away like a favourite pair of shoes you’ve outgrown.”
Her eyes flashed. “I am scared…hihi. Are you?”
“Am I…?”
“I mean, are you scared too? Of life after the railroad?”

The waiter came to clear their untouched plates and the workers began packing up for the day, relief in their every step.
“Is there anything in your life you would protect at all costs, unconditionally? Something that keeps the balance…wait, don’t tell me.”
“Well, I guess.”
“You guess?”
“Hang on, I need longer…” She slapped him playfully on the arm. “…Ok, got it. I have it now, I’m imagining it. Am I doing it right?”
She was perfectly still, her eyes shut, lids quivering. 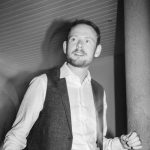 Christian Brookland is a British/German writer from the UK, living in Frankfurt. His short stories and poems have appeared in Ambit, SAND journal, 3:AM Magazine and Ink, Sweat & Tears, and he is currently writing a novel in German.