They Are Trying To Break Your Heart

David Savill’s novel They Are Trying To Break Your Heart came out last month with Bloomsbury Publishing and is available here. David shares an extract with us and talks about the novel and his writing process on the Birkbeck blog.

Anya went under, the slap of the skiff’s hull a dull punching in her head. She began to count. The cold came up from the depths. She kicked against it. She didn’t want to look down until she had reached the main reef. William had already paddled ahead. He hovered over the giant white bloom in the sea; a reef so big it made the tall man look no bigger than a parasitic fish cleaning the mouth of a whale. One, two, three, four kicks and the coral came to meet her. She could feel the water warming. Plucking up the courage to look down, she saw the dead city of white rock like skulls looming from the black depths. A blue fish darted out of one eye and back into another. She reached the spot where Will was, where the coral almost broke the surface. She had to feel her way over the outcrop to reach him. The dead reef was suddenly alive. Beneath them, a shower of yellow fish shot past and turned as one, striking a perfect right angle around a bush of blood-red fingers. The bush projected from a carpet covering the coral in sulphurous orange, pink and green. Feathery nets of sea cucumbers, and banks of rubbery yellow filter-feeders ticked as though in admonishment. A translucent fish hovered in front of her mask, blue streak pulsing through its body like a cardiogram. With a snap the fish disappeared, and she found herself drifting towards a rock covered with bulbous growths the size of large vases, and painted with the blue veins of fine porcelain. She had an urge to touch one of the vases, just as you do the exhibits in a museum, but as soon as her finger made contact, the thing disappeared, setting off a chain reaction, like the folding spines of a frightened hedgehog. The ‘vases’ were one organism. Far from being solid growth, this was the skin of a living creature. Alarmed, it shrank to a brittle ball of shells clinging to the coral.

As she kicked back, her flipper scraped against something and before she could orientate herself, a cloud of sand ignited and bloomed.

When the cloud cleared, Will had gone.

She turned around and kicked. She was hovering over a plateau, no sign of movement in the water. She turned again, and couldn’t remember whether she was facing the direction she had come from, or the direction in which she was going. She broke the surface. The air burned her throat. She pulled the snorkel out of her mouth. The sky wheeled overhead. Ripping the fog of the mask from her eyes, Anya turned, trying to locate the thin black line of the coast. But for a panicked second she couldn’t. Then she saw the skiff. It was much farther than she had imagined and there was no one aboard.

She couldn’t see the yellow pipe of his snorkel. Nothing but the flat sea. Where was he? And then right in the teeth of her panic a story formed. She would sit at a dinner table, or a gathering of their friends, many years from now, telling the story of how she believed William lost, and how he had turned up again, on the boat, on the shore, back at the cabin. It would be one of the legends of their relationship. Like the legend of their three years apart. Then something moved in the corner of her eye – maybe twenty metres behind her, a tail disappearing into the water.

Anya kicked for the boat, gathering armfuls of sea, but the flippers were rocks tied to her feet and it was like reeling in an endless sheet – Something touched her ankle and she couldn’t kick it free. ‘Anya! Anya – I was waving!’ Will said.

Anya had read it somewhere. You make memories of an event even before it happens. Which means in a certain sense, memories exist in the future. But she hadn’t really understood it until now. Until in her panic at losing Will, or drowning, or whatever it was she was panicking about, she had turned her loss into the memory she would have. It was like taking out an insurance policy, a way of mitigating the trauma to come. Except this time, the trauma she expected hadn’t arrived, and her insurance policy wasn’t needed. Anya wasn’t at all used to panicking. She was not a panicker.

Will pulled on the cord of the outboard motor, and she felt the exhilaration of being in the present again.

Will. The Indian Ocean. A skiff. 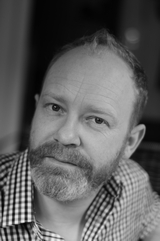 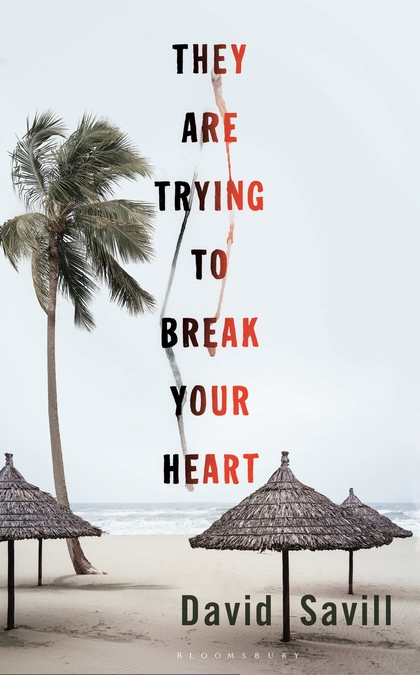 David Savill worked as a freelance journalist in the Caucasus and then with BBC Current Affairs television before founding the St Mary’s University MA in Creative Writing. They Are Trying to Break Your Heart is his first novel. It was published by Bloomsbury in April, 2016.