My Mother’s Daughter by Jane Hayward 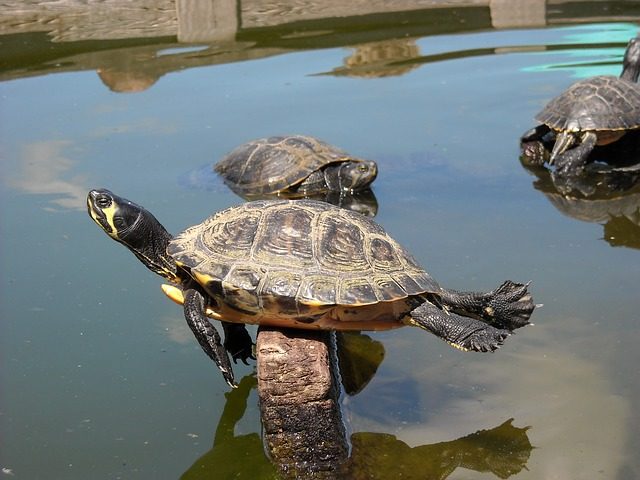 Vida Mikalcius on the importance of balance in the life of a writer.

In November 2014, I found myself in Bangkok’s Chatuchak Weekend Market, escaping from the sweltering sun. I wandered through narrow alleys covered by the shade of fluorescent pink and yellow awnings, past stalls selling Chinese lanterns, parakeets and backpacker clothes. I crunched on pieces of fried chicken cartilage tossed in sesame seeds and followed it with sweet iced tea. I texted my husband, Pedro, then live-in boyfriend, if he wanted me to pick anything up. Nah- he answered.

I bought Pedro a navy-blue t-shirt with a stick figure being chased by a T-Rex and the words Exercise. . . Motivation Required written below. Comedic only because he’d get agitated if he didn’t exercise at least four days a week, while I dreamt of having an exercise routine that resembled a sloth.

My phone buzzed in my pocket. Well, maybe a t-shirt, since I don’t have one right now.

I couldn’t even pretend I hadn’t thought to buy one for him first.

It was true, he didn’t have a t-shirt on him at that point. He was about eleven miles from me, laying on a hospital bed, recovering from a nine-hour long open-heart surgery that took place one week prior. A tourist, who wasn’t aware that in Thailand you drive on the left side of the road, hit my husband on a blind curve about a hundred meters from our home in Phuket. One neighbor ran out after someone told him that a Honda motorbike that resembled his seven-month pregnant wife’s, looked like a compressed accordion. When I got to the scene of the accident two-minutes later, I saw our neighbor, filled with blissful confusion, holding a machete in his hand and my husband on the asphalt.

But Pedro was stable now, and I needed a break from the hospital.

So there I was, rounding a corner of paper mache umbrellas, past a stall selling fried crickets and stinky durians, before stopping in front of a kitschy art vendor. A bright red plastic piece of wall art jumped out at me: the portrait of Mao Zedong, a Chinese communist revolutionary, clad in an army green uniform, next to a phrase printed in bright yellow letters — To read too many books is harmful.

“Three hundred baht,” the seller answered, not looking up from texting on his Nokia, his body bent like a banana in the hammock he was lying in.

Mao Zedong, while infamous for launching China into the Great Revolution, also inexplicably caused one of the world’s worst environmental disasters when he ordered the killing of the country’s sparrows. The sparrow was a pest because it was considered to consume too much grain. The numbers are fuzzy, but to the tune of what may be 600 million sparrows were killed.

What followed was this: locust populations exploded and consumed everything in their path, including all the grain that fed the nation, launching China into a massive famine. Anywhere from 45-78 million people died in the next three years. It was the sparrows that kept the insect population in check.

I wondered to myself if Zedong had read more books, say about potential disasters in disrupting an ecosystem, would he have campaigned so hard for the culling to take place? I then wondered if it was Mao Zedong even said To read too many books is dangerous. While trying to fact check this, I found one semi-credible course showcasing propaganda posters, but with no translations available, could not confirm the authenticity.

I still loved the art piece and the story that came into my mind when I looked at it. It was a warning. A story about arrogance. A story that should be told. But what was it that made this story so impactful?

During my first semester as an MA Creative Writing student, my tutor, Russell Celyn Jones, said something like, Happy marriages make for boring stories. Something has to go wrong. The story of the sparrow extermination is a tragedy about how humans, as usual, fucked up the environment, just like in 1883, when we introduced the mongoose into Hawaii to curb the rat population that was decimating the bird population. The mongoose didn’t hunt the rat, but rather joined the rat in eating bird eggs. A tragic ecological event proceeded, as well as a cautionary tale: if we disrupt the balance of things, the proceeding narrative may not follow the pattern you believe it will. These make for great twists in narrative.

Balance can work the other way around. Take Romeo and Juliet. Two pubescent teenagers, who declare their love for one another in an unbalanced world where the Montague’s and Capulet’s loathe each other, develop the philosophy of being ‘star-crossed lovers.’ Perhaps in a balanced world, where the families didn’t let old wives’ tales fuel their egos, Romeo and Juliet’s love, like most teenage crushes, would have fizzled out within weeks. But since the balance of peace was off, Romeo and Juliet decided to commit suicide to prove a point as dramatic teenagers often love to do. Another tragedy, and a pivotal story about the idiocy of adults attempting to redirect the emotions and actions of young fools in love.

Balance must be disrupted for the narrative to move forth. Otherwise, all you get are the minutes to a meeting, the routine of a day, or the how-to steps to achieve a goal. Something has to drive the characters. It’s why we ask ourselves when we write, what does this character want and what is at stake? We want the reader to feel what our characters are feeling, be it excited, entranced, or envy. To do that, we must commit to experiencing those same emotions as we write. We must be unafraid of injecting madness into the story if it is deemed necessary. And to do that, we ourselves should strive to lead balanced lives.

And even though experience can bring maturity to a narrative, so can simple observation of other’s failures. Leading healthy lives will lead to stronger writing skills. From resting, sleeping, eating well, and exercising. Even Margaret Atwood has a writing rule she follows that has nothing to do with writing: “Do back exercises. Pain is distracting.”

And when we are so tired of the writing, since it is a fatigue-inducing activity, we move on and redirect that mental energy elsewhere. Or to paraphrase Russell’s words once again: Immerse yourself in a different hobby to better understand your writing. Be it in playing sports, painting or birdwatching, study another subject. For me, it’s cooking. Creating a dish, playing with fire, and finding harmony in flavors, also learned that when I make a dish, he better offer me some criticism, and answer questions like how well is it spiced? is it perfectly cooked? undercooked? overcooked? what improvements can be made?

Sometimes he’ll get frustrated answering these questions, as he simply wants to enjoy his meal rather than analyze it. But he relents because he’s witnessed what the multi-draft editing process can produce in both cooking and writing.

Unfortunately, I’m not always as cooperative as my husband. He loves philosophy. It makes me want to throw my head into a wall. Philosophical discussions are like Latin — a dead language. The living language — as it has always been and will be — is the story. The story is the place where we can discuss the grand ideas of philosophy. We can stir something deep within ourselves, just like Ishmael did in Moby Dick. We can experience all the turmoil a philosophical discussion might entail, without becoming bored with circular reasoning.

And when I give Pedro a book to read (since I am the one who tells him what to read as he is the one who dictates that I must engage in exercise every once in a while), I don’t require a discussion of the narrative like I do with my cooking. Point-of-view, character, time, and scene never come up (I have my writer mates for that). My only goal is to launch him into a fictional world where he can get lost in imagination for a bit. I’m the balance of the written word for him, as he and my dog are to getting me out of the house and my body moving. We must align ourselves with those who have the strengths to our weaknesses to create balance.

When I came back to the hospital room that day in Bangkok, I walked in on the heart surgeon and Pedro chatting. I’m pretty sure the doctor didn’t like me since I asked to watch the surgery through one of those viewing windows I believe exist from watching medical dramas. “There’s no window,” he said, “This isn’t TV.” A few days after that, when it was time to remove the breathing tubes from my husband, I asked again if I could watch. The surgeon said nothing and pointed to the exit.

He must have thought I was a degenerate, but it didn’t matter. My husband offered him the surgery of a lifetime. The inner wall of Pedro’s aorta next to his heart had torn. The outer wall was barely holding. If it sprung a leak, he would die within three minutes. It was an injury common in car crashes when a blunt force hit the chest. It was extraordinary to survive, and an injury that if left untreated, meant death. Pedro’s aorta was our in to one of the greatest heart surgeons in the world.

And even though I creeped out the doctor, who possessed fingers like Michelangelo with my requests of watching medical procedures, I didn’t creep out my husband. He knew why I wanted to watch. It was in my nature, as it is of most writers. And he would never ask me to change.

When we returned to Phuket, we placed Mao Zedong next to our book collection. Pedro would wear his Exercise. . . Motivation Required T-Rex shirt while we took slow walks up and down the beach as part of his therapy. These slow walks graduated into jogging, which led to me abandoning him. Pedro ran as I watched him wading in the bay like the carcass of a dead whale.

For years, I’ve struggled to find balance in my life, while Pedro fell into his. The accident realigned his goals like a near-death experience should. My attempt at finding balance comes only from the desire to be a better writer, not necessarily in leading a better life. But I know that the two go hand in hand together.

Writing is a practice. We must train at it. Bad drafts will happen, and we’ll sweep them from our memories like a bad dress rehearsal. We’ll even write in anguish, as a form of therapy, but then, once again, we’ll move on.

And might even use writing as a form of therapy, writing in anguish and telling stories to people who think that they have been the only one that experienced that thing. And then we’ll move on again, leaving therapy writing behind and writing with a balanced mind. Because rested writing done by the balanced mind has advantages to the unbalanced mind — consistency, pacing, longevity. 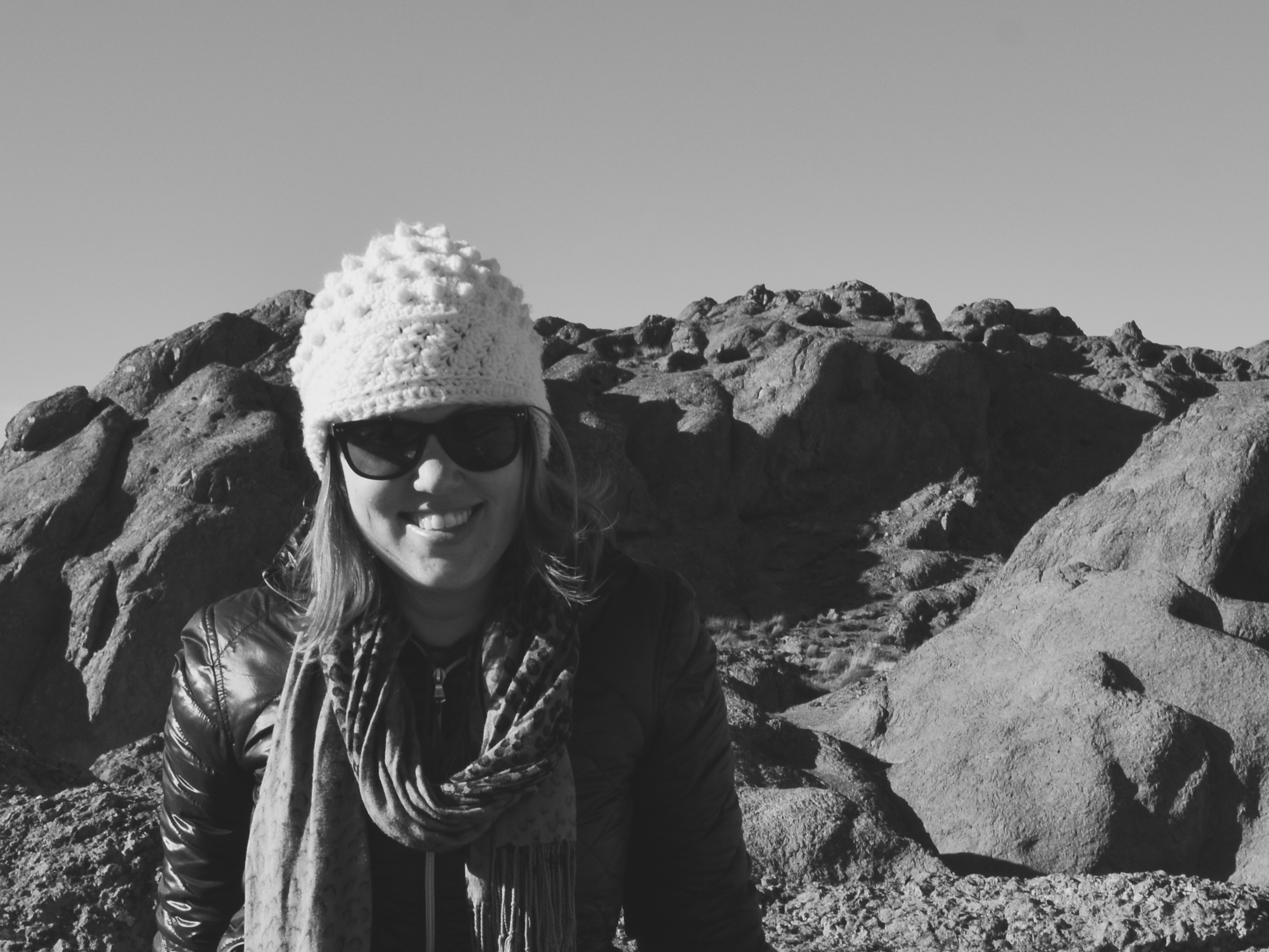 Vida Mikalcius completed her MA in Creative Writing at Birkbeck in 2017. She now lives in the Southeast of Texas with her husband. Her dog and writing partner, Sancho Panza, insists on constantly interrupting her as she works on a collection of short stories..