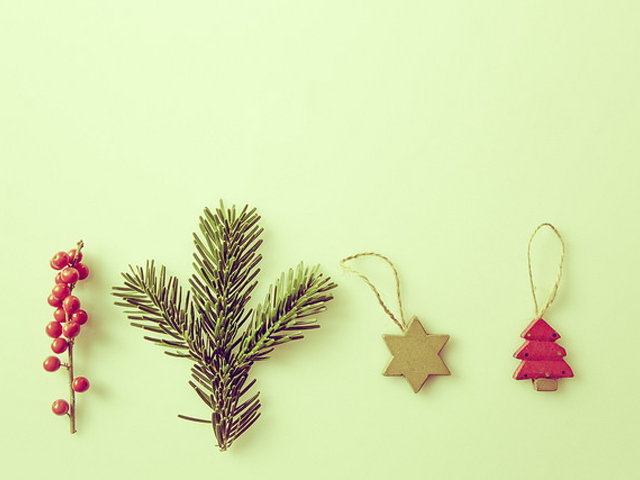 I still dream in Slovak. I master new language day-by-day, accepting lack of respect for sensible rules, but articles escape me. “I have sometimes difficulties with the English,” I tell brother and he laughs at joke I did not mean. “English make not same assumptions,” he says, smiling.

Every morning when I am opening my eyes, I expect hills between flats but there is only house opposite. English town does not reach to heavens. They say this is Home Counties, but they are not mine. At my home in winter, older boys were always outside downstairs, stamping feet against cold and tinkering with old cars. They change carburettors with hope of surgeons, breathing new life into old bodies. When spanners and feet had steady rhythm, brother Mišo would be dancing along, and we would polka on landing in pyjamas.

In my dreams this morning, I held his hand and swished hem of nightdress until rhythm grew loud and there was shouting also. But head was still in Sunday and heart in Karlova Ves. Noise was Dalibor banging on door, saying I had overslept, that I must leave for call centre and he must leave for airport with Tomas. Going home for Christmas.

So then I’m running with no breath in heavy wool skirt that was so right when at home and is now so wrong, here where snow is always somehow warmer.

Sweat is in eyes and I am not seeing properly. I imagine buildings with wavy roofs are hills in snow, I dream that I run to home. I am slipping across marble hallway of office, ice from feet of other peoples under my soles. Running to chair and headset that is the size too tight, listening to strangers’ voices who are angry for answer from foreigner who has only script, who is knowing only as they do. Grandpa cannot understand when I tell him. “A country of so many people, and nobody who knows,” he says. “Does no-one have friends to ask?”

Voices queue in ears. No smile or wave, just beep and they are there. Third is Mr Mitchell, supervisor. In mornings he greets us all, his girls. Beautiful Michelle, Lovely Laura, Elegant Emily. And me. Today he does not call me “just plain Dorota”, how I said I wished and cannot now unwish. All time he talks, I think how left foot is wet where new shoes are not now glued and snow becomes water in the socks. I think of Grandpa in his cobbler’s shop, saying good pair of boots will outlive us. No need to replace.

“Replacing brother Missie, if he doesn’t phone in sick,” supervisor is saying, but I am not listening to how he calls my brother Missie. Not saying name is Michal but that everyone is calling him Mišo. That it is Me-show, not Miss-o. Not defending brother for being pretty man from country Mr Mitchell could not place on map. Script has no answers. I just say he have bad fall during night of yesterday, that I tell him to go to doctor.

I am not saying that he comes home smelling of alcohol, eye swollen and blood in dots around neck like on strip of postage stamps. Someone tries to strangle him with chain of crucifix. I do not wish to think of that.

“Out drinking with Jake again?” says Mr Mitchell in my head, but I think how toes sting as foot no longer frozen in warm office, young bodies like hens in factory. I wish not to remember Mišo said there was fight, but chain did not break. That Jake helped also. I want to forget packet I find in shirt pocket with one white tablet. “Jake gave me,” he said. “For my head.”

“Oh, brat…,” I said, but he put his fingers against my lips.

In front of me Mišo’s chair is empty. Next to it, Jake’s also. English boy with face like handsome gypsy, like posters on wall of Mišo’s bedroom. Face of handsome American singer who drowned in river on prank. “Beautiful and foolish and doomed,” Mišo said, running the finger along singer’s jaw. Also dead, I thought, and did not say.

Yesterday they go together to catch carp for dinner of Christmas Eve. I understand not if Mišo bring fish for keeping of tradition or to impress friend, but I did not enjoy to think of young men full one day with promise and next with dirty water. Now carp swims in dustbin in garden and I want to say sorry to fish.

All day I give voices wrong answers and lose articles. Slovak words come into sentences and voices turn sour. Tell me how I am stupid, how maybe I will go home soon. It is first Christmas in England and all things are strange. Everywhere are candles. One is on desk, present from Jenny, only English girl who wears not make-up. Who ask not how to say the curse words in Slovak language. Boys tell English friends miláčik means something bad, and Mišo laughs in pub when one boy says “darling” at the other as terrible thing. I wonder if Dalibor and Tomas know why he laughs.

Jenny gave candle to me for the birthday. 25 March, though day has no meaning to her. Day of Bratislava Candle Demonstration in 1988, when Grandpa says Papa came to hospital with wet clothes from water cannons and bruises on face from boot of policeman. Every year, people give me candles and I think how hopes are soft like hot wax. Easy to wash away.

Coming to UK was movement of hope. Of opportunities. To marry nice English man like Papa’s cousin, for Mišo to save money for art school. Papa told us that I was sensible girl and Mišo is always quick to see opportunities. I heard him stop to find right words and Grandpa saying to be watchful for brother. As train left Bratislava, Mišo joked that I sit with the back to engine. Watching past go away when you could see future coming.

When Mišo was sixteen, we visited grandparents in mountains. Mišo borrowed Grandpa’s dinghy, although it was not enough excitement. Soon boat had motor. As I hiked one morning, I saw him with American backpackers on banks of river Vah. “300 Koruna a ride,” he was calling. A man was asking if price included boatman, and Mišo was saying “Slovakia is free country now. Everything negotiable.” He point at me. “My sister,” he told man. “She not enjoy to get wet. Don’t worry, Dorota, we will be safe – we will use lifejackets.” He say last word with wink to older man and they laugh again. That autumn, Mišo bought many CDs and wore newest trainers. He told Mama he had found lottery ticket on tram.

I walk home, elastic bands from stationery cupboard around shoes. Other feet already tread white snow to thick grey water. Without Dalibor and Tomas, house is quiet. There is no indication of Mišo, but Jake’s red leather jacket spreads across sofa as if he still wears it. Jake has not visited house before. Perhaps he wait for when others are not here with their beer and Sky Sports and their talking about weather-girls. There are cigarette papers on table and window stands open. There is ash on sill. There is strange smell also, and I look carefully at all candles of Jenny but none of them burns.

There are parcels under false tree and it wears decorations of wood from home. Card from Grandpa sits under tree. “Enjoy your old wooden stars,” he has written. “Remember when Grandma made them?”

There is old photo also. Mišo and me sit under real tree in grandparent’s living room on Christmas I was eighteen. Mišo was then fifteen. He wears cardigan our mother knits, hides black eye with hand. I remember how he had piece of folded paper in one sleeve. During dinner, it slipped to floor and I was able to read before I passed it back. I know then how he got bruise. Also from who. And why.

I try not to hear noises from bedroom. Wires hang from television and X-box is missing. I tell myself Mišo and Jake play computer games, although sounds are of different type of contest. I play CD of old Christmas songs from home and telephone Grandpa.

As I listen to his voice, I see where Mišo hangs our wooden stars, our names stuck upon them in paper and brown ink. Grandma’s writing. Mine is as new, but Mišo’s is near radiator and his name falls away. I say to Grandpa that we are good, and he is laughing and saying Dorota always good. I tell him there is carp for dinner tomorrow, that there is also snow. “Like proper Christmas,” I say.

When he asks about stars, I make mistakes. All day I have been thinking like the English, and now I lose own tongue.

“My star is well,” I tell him, “but Mišo’s – he start to come…” I cannot remember proper word. “Zničený,” I say – ruined, destroyed – knowing it is wrong and hearing alarm. “No, Grandpa,” I hear my voice, “I mean neupevnený – undone, unstuck.”

Mišo is coming unstuck, but I can repair him. Do not worry, everything will be fine.