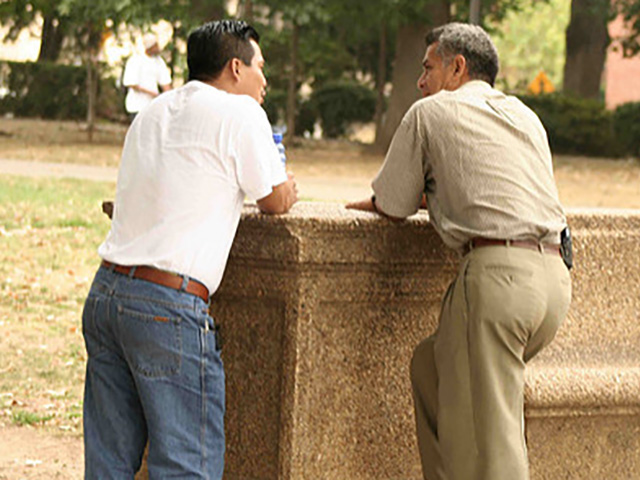 ‘If it is so easy to help people in real need through no fault of their own, and yet we fail to do so, aren’t we doing something wrong?’
Peter Singer, The Life You Can Save

Amr was saying that Budapest sounded like a very ‘romantic’ kind of place.  Henry presently bent his right knee, pressed his lips together while wagging his head in agreement, and said:

As his friend spoke, Amr couldn’t help but imagine the antique, enchanting ‘old world’ ambience of Hungary’s capital.  It was, after all, up until only a century earlier one of the grandest centres of Europe.  He thought of quaintly-laid-out coffee shops with middle-aged men looking like exiles, looking like Trotsky in fact, playing chess or writing errant gems of verse in spidery black ink on the backs of crimson napkins, while toking soulfully on hookahs.  In fact, as he and Henry continued to amble their way out of the Mall, one of many peppering Dubai, Amr recalled an article that had caught his attention many, many years back, when he still kept au courant with contemporary politics.  Perhaps it was the fact that Henry was a war reporter that prodded the association?

There was some very newly-renovated café or bistro (famed from the 1920s for being a hangout for exiled intelligentsia) that was being made into part of some saccharine hotel-chain or franchise, a part of the then-so-booming ‘global village.’  The article, written as such articles always were, in quick, nondescript prose, had said that poets in those far-gone ’20s were wont to pay for their meal, their coffee, or their honey-red cold liqueur with freshly-minted verse.  Now that was something!  No chance of anything like that now of course.  But just imagine it…  Henry continued,

“And you know, I don’t speak or understand a word of the language.  They’re probably giving each other recipes on how to cook meat and potatoes, or road-directions, but it always sounds to me like they’re reciting poetry!  Goulash for the spirit!  Liqueur for the soul!”

His Nordic pink-white face creased-up in a kind of agonizing smile, the rictus presented doing its utmost to convey his excitement.

He ran three bunched fingers through a few cool chrome-white tufts of short, oily, curly hair.  Balding now, his pink, clowning facial expressions outdid the circus of their intents.  Amr looked at his friend, feeling amusement and envy.  Henry was the bear-tamer and the clown, the high-wire act and the gaggle of midgets, opulent with their curt load of baffling, cheering misery; he was all of these, and he was the master of ceremonies to boot!

Henry paused in his stride, turned and looked directly at Amr.

“Why is it, my friend, you’ve such a mute interest in politics?  I mean to be a part, to be witness to a part of history in the making.  I can tell you, it is, well, thrilling…”

He drafted the ‘stage of history’ as it were with his two hands, shaping a great cinematic space in the air above his brow and ogling the space so-limned with bulging eyes, acting-out its wide and grandiose splendour.

Amr played along for the nonce, feigning to be besotted; which in part, he was.

Over lattes earlier that evening, Amr had confessed to rarely reading newspapers or following contemporary events, even digitally, which was, nowadays, so easy to do.  But he was interested, as a dilettante philosopher and a man prone to probing and deep reflection, in his friend’s motives for the kind of hair-raisingly dangerous work he did.  He wanted to know Henry’s motivations for taking such risks with his life and with that of his wife, his partner in journalistic crime.  Was it some deeply-beveled belief in the importance of getting and spreading the story straight, in the integrity of hale-handed goodly journalism?  Was it some psychological aberrancy, pushing him, them, to always live on the edge, returning, now and then, as here in affluent Dubai, over exorbitantly-priced coffees, to ‘civilisation?’  Was it ambition, ego?  To ‘own’ the truth, be the first to expose said slippery number?  What was it?

A hint of mischief now percolated across Amr’s face; the beginnings of a tart, sardonic smile.

“I’ve been doing it since my early twenties, as you know.  It’s become a habit, a need,” Henry had started, feeling-out the terrain of his response.  “There’s something about seeing and living in the midst of it, history, I mean, and then knowing how different it all is, on the ground, in the viscera, to all the crap you read from the standard sources, analogue or digital, that makes it impossible to quit.  I mean, nine-tenths of the media-coverage out there is absolute Dross!  It’s like having sex for the first time; after that, having a wank will never be enough.  Hah!  Yes, it’s a drug, but a good one, I hope.”

They continued to sip their lattes.  But Amr was piqued.

Feeling strangely out of his depth, he said something then about certain mid-twentieth century French historians whom he’d recently begun to re-read, but with more intent now than previously.

“As one ages, you know, the intellect becomes more tempered, but sharper at the same time.  When I sped my way through tome after tome in my teens and twenties, much did stick, of course, but there was less I could do with it.”

“You and your bloody intellect!”

Amr fobbed.  He continued to relay what he’d learnt, or was in the process of re-learning; with the boon now of being able not only to absorb what he read, but to toy with it, fruitfully.  He often read books in cognate clutches, and so it was, Fernand Braudel, Marc Bloch, Lucien Febvre…
“Never heard of them.  But do go on.”  Henry’s courtesy was replete with quiet mockery.

Amr spoke about how ‘intriguing’ it was (in their long-wave gambits, treating history by centuries rather than days) to find that, even if in retrospect, the curve and shape and topography of a coastline could be seen to determine with real prescience the choices and decisions of princes over the days and months and years and decades.  How the presence, say, of an impassable mountain range could shore up and truly bolster the ambitions of a whole empire, an empire that affected the daily lives of millions.  How, in short, ultimately, the shape of a rock could make a king or queen levy a new tax or attempt to invade a neighbouring or a far-flung county.  And so on…

“You do know why, for example, ‘China,’ which had a vast and operating empire before Rome or modern Europe, never engaged in the kinds of imperialism of the latter?”

“Well, because the balance of payments in silver and gold, the balance of trade ultimately, rendered it unnecessary.  China had the commodities the ‘West’ desired, and so more gold and silver was going their way than otherwise.  They simply had no financial need to invade and extend their empire.”

Amr continued in this vein for another ten minutes, and then they split the check and ambled off.  There was no rupture in the amity between them, but as they made their way, both were busy with their thoughts, tracks separated by canyons.

They were waiting by the Mall’s entrance for the arrival of their wives, who’d been shopping the while for shoes.  But the January ‘sales’ were on.

“I suppose what I’m trying to say,” Amr said, “is that I’ve more of a ‘mythic’ sensibility.”

He preferred, he said, to think of worldly affairs by the arcs of slowly-moving eons.  The epic take on things, as it were.  But even when saying it, and even before Henry’s reproving tut-tut, he knew that for all the intellectual interest, it was of course, a kind of cop-out.  And he said so.

“But yes, I take your point.  It is important to be engaged.  I mean, yes, I can see, I do see, how our very capacity to be here, in all this luxuriance, to idle over a ludicrously-priced coffee, is in a way dependent on some sub-Saharan African chap failing to make enough to pay for his staple needs, and those of his family perhaps.  Yes, we do live in what is, very much, one world.  I know that.  I’ve always known it.  And though I like to think it a healthy dose of ‘realism,’ I think I must know somewhere deep inside that it must be that I’m just effortlessly lazy.  Attempting to stay flying under the radar can have its own lucre, you know.”

Amr pursed his lips then gasped long and slow, as though exhaling a lifetime of guilt, smug in its complacency.

“I pretend it’s the eye of a generalist; that I’m intent on understanding bigger (and bigger) pictures; but no… not everyone can be a hero.”

Henry waved to their wives from a distance, indicating where they were.

And so, there indeed, they were, the contemplative man and the active, side by side, as though for all the world, a morality tale.  The extremes of cynicism and foolhardiness, staged for the benefit of humankind, failing, falling, as it ever was.