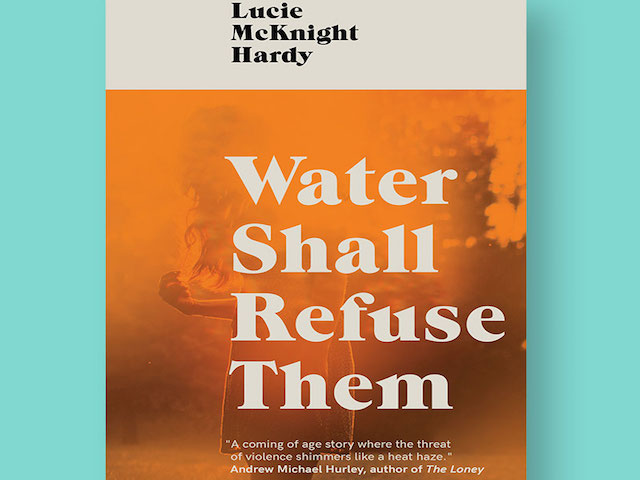 This utterly absorbing and chilling debut novel is set during the exceptionally hot summer of 1976. It opens with sixteen-year-old Nif, her four-year-old brother Lorry, her sculptor father Clive and her mother Linda driving from their home in London to a remote village on the Welsh borders where they plan to spend a month. They are grieving the death of Nif’s sister, Lorry’s twin, Petra, four months ago. Petra drowned in the bath while Linda answered a phone call – a tragedy of which Nif only has a confused, sketchy memory.

‘The heat intensified, as though any breeze there had been at the top of the hill had run out and we were entering a bottle of stale air. It felt as though, on making the descent into this parched and febrile valley, we’d awoken some sort of hostile force’.

As the story continues, the reader will certainly feel that sense of creeping dread which is the hallmark of the best folk horror stories. This village is far from being a rural idyll. Its main monument, where the local teenagers meet to drink and smoke, is a plague cross. When the locals gather to worship at the chapel on Sundays, they carry out a special ritual with bundles of herbs soaked in holy water, which they wave at the little cottage next door to the one Nif’s family has moved into. And someone has left a present for Nif on the railings outside her cottage – a bird’s skull.

In an attempt to recover her memory and control events around her, Nif has invented her own religion, the Creed. If something bad happens, she has to recreate the event in order to cancel out the bad luck. She steals eggs from wild birds – and a wing from an injured bird – and displays them on her mantelpiece on a makeshift altar. Soon she meets the boy next door who left her the bird’s skull that has joined her collection. Mally is the same age as Nif and tells her why he left the skull.

Mally’s mother Janet, a heavy drinker, is a seductive and disturbing presence in the village. Mally doesn’t know who his father is. Janet is treated with deep suspicion by the minister and the chapelgoers, as Nif discovers on an unsuccessful family outing to the local pub. She has the opposite effect on Nif’s parents, who both seem entranced by her – her father’s sculpture of Linda, which he is working on over the summer, slowly turns into one of Janet.

Meanwhile, Nif is falling for Mally, whose cruel pastime of trapping and beheading birds appeals to her beliefs. They share secrets and Mally explains why he and his mother are so disliked in the village. Their ancestors, years ago, were blamed for bringing the plague when they arrived in the village. Janet found her ancestor’s account of this in family records and decided to buy a house there.

The story takes an even darker turn as the summer progresses. Linda and Clive’s marriage is falling apart as Clive taunts Linda with the fact that she left Petra alone in the bath to answer a phone call from her secret lover. Local teenagers threaten Nif after they catch her and Mally torturing a magpie and finally after Nif has lost her virginity to Mally, he rejects her.

Secrets start to float to the surface, such as the ultimate fate of Janet’s ancestors at the hands of the villagers, and finally and most horrifyingly, the truth about the death of Petra.

It’s a novel with a powerful sense of place, where the vivid descriptions of the landscape evoke a deep unease. The dialogue is brilliantly written, often funny as well as dark, and the different narrative strands are skilfully handled. Like Ghost Wall by Sarah Moss, this novel evokes a sense of ancient evil reverberating down the generations. An engrossing and disturbing read with an ending that will stay with you. 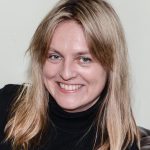 Tabitha Potts has had several short stories published in print anthologies and online and was most recently long-listed for the Royal Academy and Pin Drop Short Story Award. She loves reading books, looking at art and kickboxing. She currently writes book reviews for Roman Road London, Elixir Magazine and MIR Online and is the manager of MIR Live. Read more at tabithapotts.com