The Future is Not Here

We Go Around In The Night And Are Consumed By Fire

An extract from Chapter One of We Go Around In The Night And Are Consumed By Fire by Jules Grant, out on 28th April with Myriad Editions.

I’m not gonna fool you because like the man says, there’s nothing shabbier than those farewell fucks. And I still feel pretty bad about it if I’m honest, Louise still sobbing on the comedown and me, I’m already half out the door.

I hit the street and just as I’m breathing back out, slow and careful, Mina legs it up from the ginnel, grinds her tail to a halt as she reaches me.

I keep on walking and try for polite, Hey Mina, what’s going on girl?

All the time I’m walking fast, past the burned-out Fiesta on bricks, dodging the broken glass, but she just follows me, hanging on to my arm. Not that I mind, maybe I even think she’s cute, looking up at me like that with those big storm eyes, but she goes with Carla, on and off, and that’s way more woman problems than I need right now.

I’m trying not to look over my shoulder just in case Louise is watching but already I’m feeling pretty good, like something brand new is about to happen, cold air hitting my lungs like menthol poppers. Mina smiles and I like the way her top teeth show, even and white. I grab on to her hand. C’mon, I says, let’s get outta here.

OK, it’s not clever, but now we’re in the yard behind Fozzie’s between the bins, underneath the ice-blue neon EXIT and I got her pushed up against the wall, biting her lip like I can’t get enough of her smooth sweet skin. Then I’m just thinking how I should stop now before it all gets way too messy, when she pushes my hand between those creamy soft thighs, my gut falls out through my knees and I’m gone.

After, she lights up a cigarette, leans on the wall, buttons still all undone, my arm numb from holding her up and the salt of her still in my mouth. Don’t tell Carla, she says.

And it’s not like I owe her an explanation but I gotta punch this day back into shape somehow, so I look at the ground, stay away from the eyes. Don’t worry baby girl, it’s not like this is gonna happen again.

Then I look up and she’s looking straight back and the storm’s all backed up right there on the horizon, heading right for me.

Then she gives me those teeth.

It’s only later with Carla in Fozzie’s knocking back Gold Label and eating fried chicken and laughing, watching Marta working it up with some babe from the Gooch, when Carla looks at me, So?

And I know she means Hey c’mon tell me what hap­pened, I’m just hoping she means with Louise. It’s over, I go, mouth full of dumpling.

Ahh jeez, goes Carla, I bet she took it bad.

I shrug, but then I’m thinkin’ about Mina how slick she was and how she shuddered so long and how I put my hand over her mouth to stop her crying out. I kick against the boards.

I don’t wanna talk about it, I say.

Carla smiles and winks past me and I follow the wink. Marta’s leaning in, her back to us, new girl trapped between herself and the bar. Girl catches the wink, smiles right back.

Carla peers at me, What’s up with you, mardy?

Before I can answer she slaps a hand to my shoulder and I follow her eyes to where Fatboy and that lardarse Mouse are just filling the door. I check out my blade and I know Carla’s the same. What the fuck?

But Carla’s not listening. What’s the score, motherfucker? she says under her breath, never takes her eyes off the door.

That’s when Fatboy strides over, hands in his jacket, looking like someone just fucked his old lady in the tail. I look sideways at Carla, Aw, tell me you didn’t?

Anyway there’s not much time for conversation and I’m just trying to figure out what’s with the jacket, when Fats leans down with one scrawny hand, grabs Carla by the scruff of the T. I’m up fast, reach for my blade.

Carla pushes back and her chair goes over, Sonn an’ Lise come outta nowhere, then it’s the four of us, facing him down.

Fatboy throws her a look and it’s just enough for me to grab his hand and twist it up behind him, slickety-dick, then I got one arm over his shoulder, blade pushed in right under his eye. I kick his blade away with my foot, then I’m in at his ear and I’m grinning. Someone’s a long way from home, I say.

Most times if something kicks off girl on girl me and Carla both got stripes so we pretty much get to say what goes. Other times we let the boys do their thing. And apart from us and the Darts who stick together since Operation Balboa went down we don’t mess with each other. That’s the rules and mostly they work out fine. So two Cheetahs walking smack into a Darts bar with no pass is bang out of order. That happens and it’s pretty much fair game to us, no comeback. Even if someone did tup your old lady behind your back, and by now I’m wondering just what the fuck Carla was thinking.

Anyhow, Fozzie’s is Ashton which is deffo our patch, so Fatboy musta known what he was getting into when he came looking for Carla. I think about nicking his face, right under the eye, just so he’s got a reminder. I sneak a look back but the door’s just a wide hole now right into the night, and that fool-boy Mouse is nowhere to be seen.

Who says you could come over here? I say.

Then I know by the silence, just by the fact he says nothing. Zilcho. Nada. He’s got no pass, and now he knows that I know. 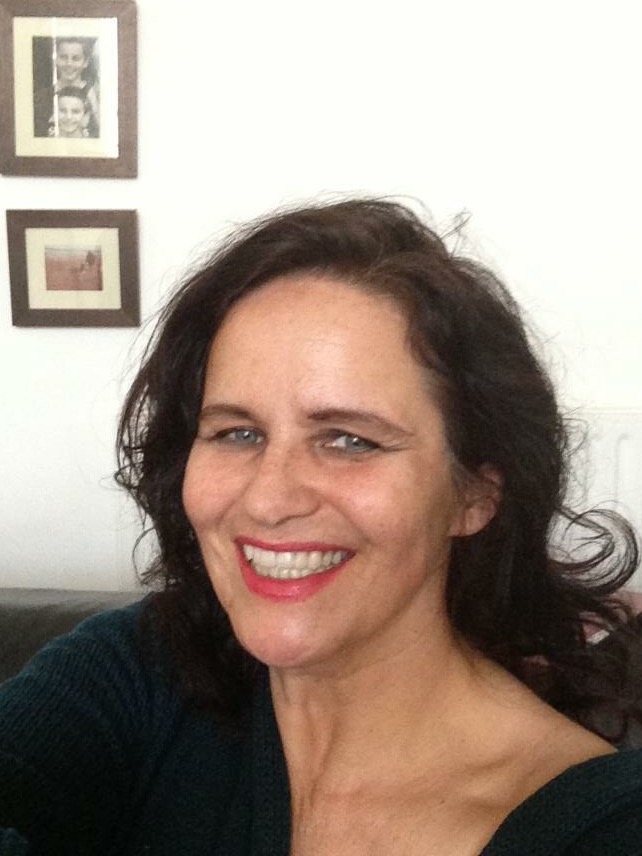 Barrister-turned-author, Jules Grant is from Manchester and now lives in Brighton. She has an MA in Creative Writing from Birkbeck College, University of London. 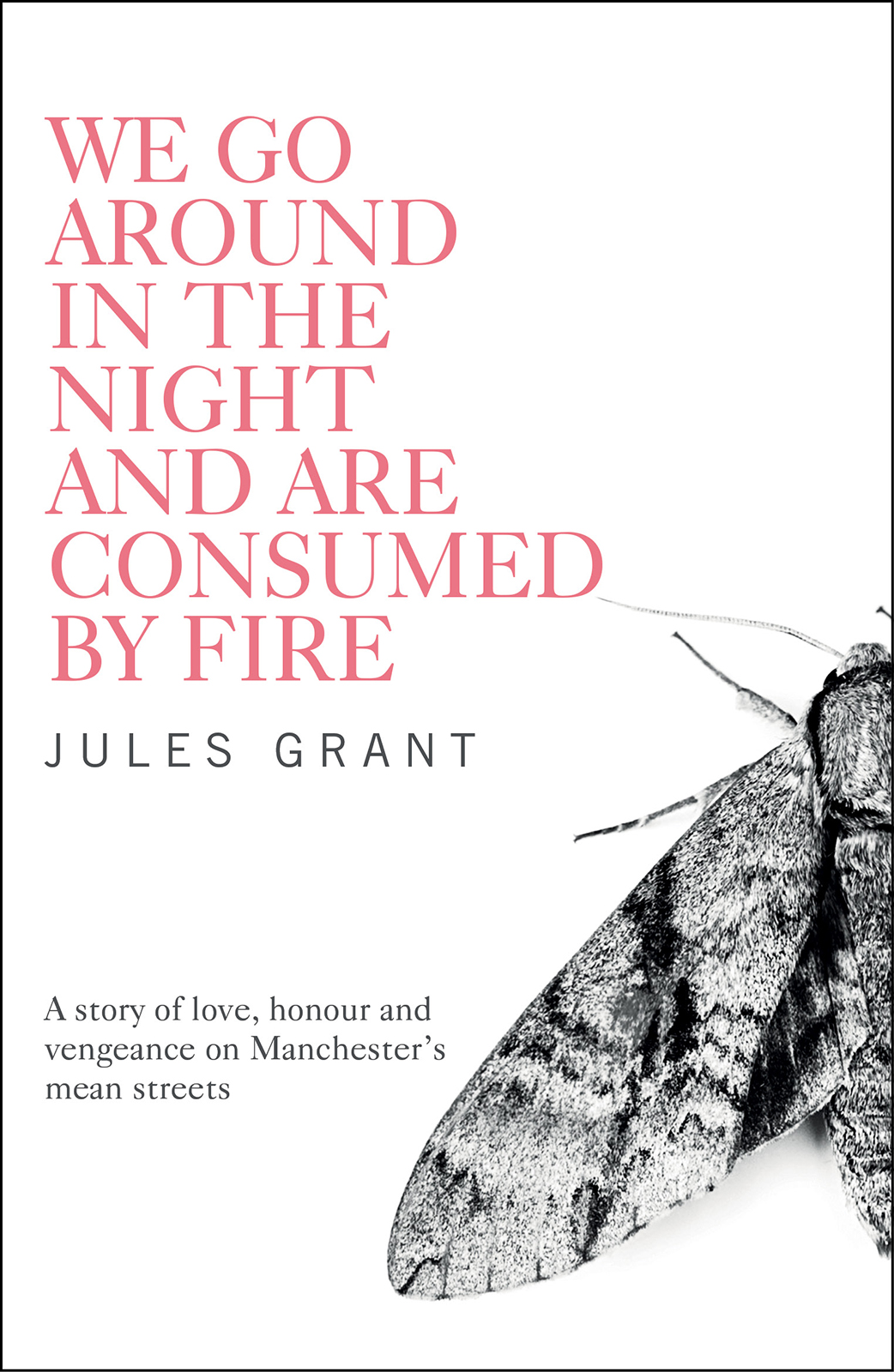 Lesbian gangster and street poet Donna runs the all-female Bronte Close Gang. Carla, single parent and part-time MC, is her closest friend and trusted second-in-command. Together they carve out an empire in the toughest streets of Manchester. Unlike the city’s other gangs, run by men caught up in violent turf warfare, the women keep their heads down, doing business their way: partying on Canal Street, selling drugs in perfume atomisers in club toilets, and working as cleaners to account for their illegal income. But when Carla is gunned down everything changes.