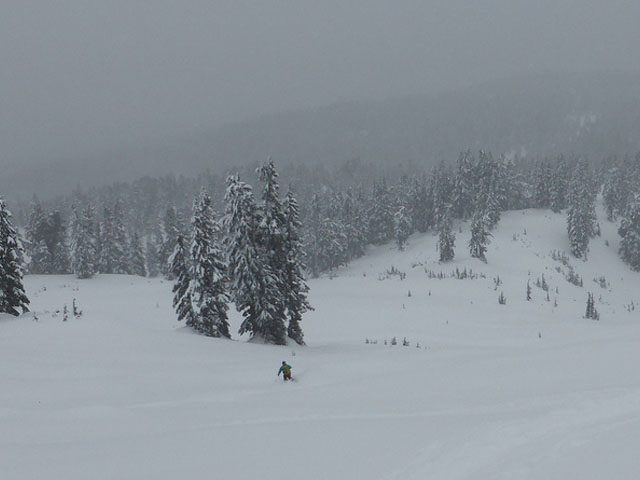 Weekend in the Cairngorms

“Two sets please. One for me and one for,” I pointed over my shoulder at her and she raised a hand, “for her.”

The clerk nodded and called to her.

“About five-seven,” she said.

Her lips looked stiffer with the cold. Her nose and cheeks were dark pink.

I straightened myself out. He nodded and turned to the rows of skis behind him, carried a slip of paper in his fingertips – his fingertips in fingerless gloves – and he peered through glasses on the tip of his nose. It was busy. There were families milling about, fathers booting up the flaccid legs of their children. I felt her come up behind me and slip her hand into my coat pocket. Her hat caught on the Velcro epaulette of my huge and practical coat.

“You two done this before?” his voice carried back over the lines of equipment.

We’d been up all night in front of the bar heater at the deserted hostel. We’d rolled around, hands on one another’s faces, ecstatic and post-coital.

“What about the park?” he said. “Been to the Cairngorms before?”

Within twenty minutes the skis were on and we were over a frozen lake, chatting and whistling, sending the birds flying off into the white and brown of the forest; tits, chaffinches, blackbirds and robins, emancipated creatures. The word frolic kept coming into my head and I said it a few times under my breath (frolic, frolic, frolic). We had no plans to marry. We had no plans to ever be apart. Not ever. She fell on her backside and I pulled her up by the hands. She lost a glove somewhere. I gave her one of mine. The skis were cumbersome, long and very slim. She laughed, embarrassed, as she said,

“Nah. You’ve got the hang of it really quickly.”

Cross country skiing burns over five hundred calories every hour. We worked up a sweat under our layers, dragging ourselves up a groomer. On one side trees slid upwards like a drift. On the other the hill cut away to a view we could sense was beautiful although we couldn’t see it through the whited-out woods. And there was a silence. There was a silence that was quieter for being deadened by the snow. The air, it seemed, was padded.

We had met at a party in a dimly-lit flat in Birmingham. There had been an Artex ceiling and car-park view. It was years ago, one summer or other. Everyone had been drinking cheap white and the conversation had descended out of politics and into nostalgia – children’s television from the nineties and Marty McFly. Independently uninterested, we had slipped out onto the balcony and, never having spoken, we’d kissed. The next morning, we’d woken up together in love. There’d been, it felt, no time to waste before living our joint life. I moved up from Brighton to Birmingham to be with her the following week. She was a part time cleaner at a primary school. I’d managed to get some work as a porter at the hospital on a contract described as ‘occasional’. Her flat was equipped with brightly coloured things from Ikea. Smooth plastic, lime-green, £2.99 – useful yes, beautiful no. Not beautiful, but affordable. She cooked the classics – sausages, shepherds pie, jacket potato and beans. I ate them as if they were pieces of her soul.

The sky was white at 1.00 p.m. and we flopped down and sat in the snow. In the absence of a fallen log we relied on our waterproof trousers to keep us dry. The bread on our cheese sandwiches had ice crystals on it. She didn’t throw snow at me because she knew I wouldn’t like it. I didn’t throw any at her because we weren’t that kind of couple – not the rom-com kind. Frolic was just a word to me. Love wasn’t. After the sandwiches I reminded her,

Her hair was red and gold and wispy. Mine had been black before most of it fell out. What was left was now seasoned with grey. She loved to kiss the top of my head, to do more than just approve of my baldness; to embrace it. Within an hour of lunch my un-gloved hand had become immovable around the handle of my ski pole. It was worth it to keep her warm and talking. Us and the birds were the only movement until we found a stream. Its unctuous bed pulsed with grubs and insects, the cycle of their living and dying. We filled our bottle with the stream water. She couldn’t drink it because it was too cold for her sensitive teeth.

“Sarah would have loved this,” she said.

“Did she ever get to go skiing?” I asked.

“No,” she said. “She had wanted to though. Skiing and scuba diving. She didn’t do either.”

She paused and looked outwards over a vista. We had reached a summit and the earth seemed to be rolling away. Two distant hills spooned each other. My love looked out at her new kingdom, the egg-white peaks to the granite nibs that littered the foothills, the pulsing of the grubs in the river bed. She turned towards me without moving her skis. The pink padded ski suit she had bought from Oxfam the week before creaked around her waist.

“Which way do you think we should go now?” she said.

She pushed off on her right leg.

In the deadened air her laugh sounded like it was next to my ear.

The path wound upwards around the side of a second hill through the woods. We worked our way up steadily without rushing.

“It’s hard to picture motorways and Tescos, isn’t it? And the flat – they still exist,” she said, “it’s nice pretending that only this is real.”

From the top we looked down at a frozen loch and panted with effort. I warmed some water in my mouth so she could drink it without freezing her teeth. She sucked it from my mouth then kissed me with her stiff, cold lips.

“Here in the hills. Do you know what I mean?”

“She was a good friend.”

“She would have approved.”

In the depths of the next valley we stood and stared at each other. I ate a frozen apple and bit my lip.

“It looks painful,” she said.

She had said that about a sore that Sarah had scratched and picked on her forearm in the final hours. I had thought of it when the gas bill had arrived, red and angry. We’d spent the money we’d set aside for the gas bill on the ski trip. Out of character for both of us, to spend allocated funds on adventure. I never thought about how poor we were. It occurred to me that most holidaymakers pay gas bills as well as taking trips. They come away to spend the night in a room that’s better than their own; to eat a breakfast they would never cook themselves. Not us.

“Do you ever wonder where she got the money?” she asked me.

I fed her more water from my mouth.

“Never for very long. I can’t think about it for too long before going to a dark place.”

The sun had crested and was staring us in the eye. It shone through the bare carcass of a lone deciduous tree.

“Sometimes I feel jealous of her. Just because she’s free, and we’re not.”

“Don’t think about it at all,” I told her. “Think about her before she lost the flat and things went south. When she was working, that’s when she was at her best.”

“She lost the flat because she couldn’t pay the rent. Do you think…”

“She lost the flat because the world is cruel,” I said.

She crouched to study something on the ground.

“What do you think it looks like in the summer round here?” She changed the subject.

“We should come back and see it.”

“I bet it’s beautiful.” Her voice when she was lost in dreams was thin and silky, like the skin on her ribs. “I bet it’s a completely different place.”

“It couldn’t possibly be better. It just couldn’t.”

We had the hang of the skis and were able to move at a solid pace.

“We need a selfie of us on skis. Send them that instead of a cheque.”

“Cheque would bounce anyway,” she said.

“Even more reason,” I said.

“What about the phone, the council tax?” she asked, and she began to laugh.

“And because Sarah is here. In the woods with us.”

“How many miles do you think we done?” she asked.

“It’s starting to get dark. Or is it just the dark clouds?”

“No, I think you’re right. The sun has probably got low enough that we won’t see it again now.”

We swooshed on in silence. Swish, swoosh, push, push, ski after ski after ski. Cold began to radiate upwards to my fleshless ankle bones from where it had nagged my toes. My ears felt cauterised and the un-gloved hand no longer opened. The birds had gone away and the snow had settled in domes on our hats and shoulders. We were quiet, mainly. Her, Sarah and me in the woods. Quiet and calm. Swish, swoosh.

She pointed to dark sliver between two trees. Her face had changed. The stiffness in her top lip had spread and it turned from dark pink to purple. Her whole face was frigid but peaceful. When the sky became clear again it was black. The snow domes had gone and left wet streaks across her shoulders. The ends of her, her tips, had become frozen. We carried on skiing into the darkness. And then we stopped.

“This is the happiest I’ve felt in a long time,” she said.

In the dark, I lost sense of our speed. It became harder to measure without any impression of the trees, the number of them that we were passing and how quickly. We were heading slightly down hill, I could tell, but towards what I didn’t know.

We sat. She could barely keep her eyes open. The moon shared its light in short bursts when the clouds parted and was refracted by the crystals of ice on her eyelashes. I reached out and cradled her head in the hand that was still functioning.

“How’s your lip?” she asked in a sleepy falsetto.

“When we’re old I hope we are still active and we still go on good holidays. It would,” she paused to breath a few quick shallow breaths, “it would be a shame if we could only manage sitting on a deck chair. It’s magical here. Isn’t it?”

“It is,” I said. “I think it might be the most magical place I’ve ever seen.”

There was a heat in my forearm that burned. She lay on the ground and looked upwards at the patches of cloud. Stars peeked through at us, winking at the lovers. The lovers winked back. I lay next to her, her little breaths going in and out, in and out. 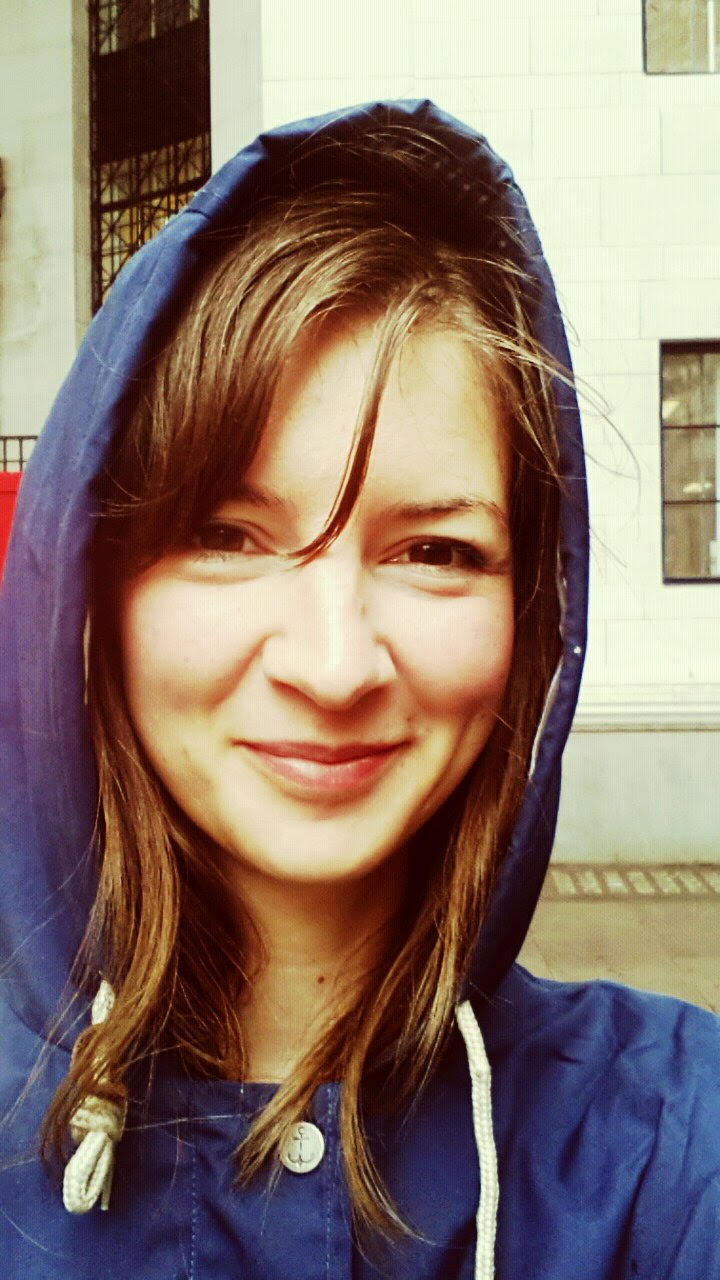 Odette Brady is a fiction writer from London. She has recently completed her first novel 'The Nation's Servant' and her short stories have appeared in Popshot, Halo and the Stripped Lit Quarterly. She has an MA in Medicine, Science and Society from Birkbeck.