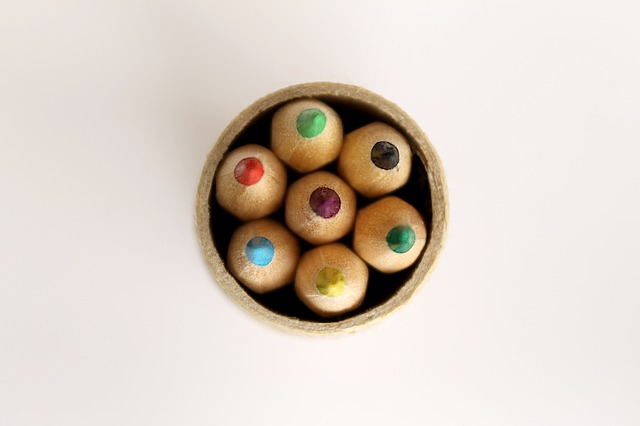 Why I Write by Stella Klein

On Becoming a Writer, by Stella Klien

I clearly remember thinking in images as a child, responding to the world more than anything via the mood and colour of things: the yellow of my boiled egg, the hard-baked blueness of an Australian winter sky, the sinister mud-grey shimmer of the lizard that lived outside my Grandma’s kitchen.

My fiercest, earliest certainty was that my parents despised one another, evident not only in their vicious exchanges at the breakfast table but also in their innate differences in orientation towards the world: my father the hot-tempered rational scientist, who tested hypotheses, devised experiments, and spent family weekends reading journals in the bath; and my mother the self-absorbed philosopher-housewife, looking for the answers to the universe in Freud and Jung and George Eliot and later in Astrology and Sufism and her own theories of personality. There was my older sister too: quiet, fragile, artistic, identified at a very early age for the way she painted and drew with remarkable perspective and proportion and detail. And clever too.

So who was I? How do you define yourself and learn to love yourself in a houseful of dislocated individuals, enraptured by their separate worlds, at loggerheads or at best detached; engaging with one another only in strange or painful ways? My sister would say I was the lucky one, who came out bouncing, joyful, able to stamp my foot, express myself, blow raspberries at the world when I didn’t get my way.

But as far as I was concerned, I rarely got my way, and much of the time I wasn’t expressing myself. Like my sister, I felt calmer, safest, in my own world of images, although in my case, attempts to recreate them invariably resulted in a single expanse of greenish-brown paint, a hole in the middle of the sugar paper and a disappointed teacher. On the other hand, I could gabble alright. ‘Chatty’, ‘loquacious’, ‘can’t stop talking’, my school reports said year after year. But with all those words, my shaggy outpourings, at home it seemed impossible to make myself understood.

In my language, there were misuses and mispronunciations too: ‘What’s the difference between serve and sterve?’ I remember asking my mother again and again, hopping round the sofa or the ironing board. ‘One is a word and the other isn’t!’ she had finally replied, looking up from her iron or her book with mild exasperation. If it wasn’t exasperation, it was more like bewilderment, irritation. I was a late-developer, so I heard her saying to my father as I struggled to read my first Janet and John aged five and a half. (My sister had been reading as well as drawing fluently since the age of three – but thank you, Dr Seuss, I got there in the end).

All the same, I spent my earliest years at home making books or newspapers with scrap paper and staples on the living room floor and filling them with strange news pieces in blue Biro (‘The lion escaped from the zoo today, so the zoo-keeper had to buy a new one’) or weird stories about inanimate objects in human situations (like the one about a pair of scissors that fought a boxing match and won). At best, I made my mother laugh with them. At worst, she looked concerned. Perhaps I was a bit funny in the head. Perhaps I have – or had back then – what might be diagnosed these days as a specific learning difficulty. Maybe that’s also why I eventually became a dyslexia tutor (the ‘essay lady’), helping others unravel their verbal knots, smooth out anxieties about difference and misunderstanding. Get to the nub of things. Healer heal thyself.

But two things happened as I grew older and more literate. Not that I was ever an avid reader as a child – my mind too often drifted from the page (although Emil and the Detectives, and Clever Polly and the Stupid Wolf most certainly changed my life). The first was realising that as well as scary, people could be fascinating: not just the ones at the dinner table with their various moods and needs and opinions, but the ones in the playground too. Getting to know those unique bundles of fear and desire (which ones were willing to play rough or use rude words, which ones would share their skipping rope or ball) and knowing how to respond to or avoid their signals was, I discovered, as all animals do, a key to survival. And being the strange concoction of social butterfly and oddball that I was meant that it was a playground was full of promise but never easy, a fact that to this day draws me to strong characters in fiction but far less so in real life.

The second thing I discovered was that language was not just a source of frustration but fascinating too. I enjoyed the look and sound and feel of words, how some denoted something rich or very particular, how others could shift or bend in meaning. Dylan Thomas’s Under Milkwood was perhaps my first adventure with language, aged 14. I fell not just for the vividness of the characters with their sensuality and longing, but for the way the resonance and rhythms of their quirky parlance created such a strong sense of time and place inside my head. Around the same time, I discovered that my own occasional but persistent misuse or bending of words could be effective or affecting too; not only that, the crafting of a precis – distilling 500 words into 50 – or using a semi-colon in the right place could be a joyful thing. I ended up doing a first degree in Linguistics and before becoming a teacher, worked for a time as a TV subtitler. But always, secretly, and with lashings of self-doubt, I dreamed of being a writer.

So now in my fifties, as I finally get down to the serious business of writing, daily, painfully but ‘without hope or despair’, that self-doubt of mine rears its head at every line. Preoccupied above all with language (the best word in the best place) and character (not so much specific motives as with what simply makes them tick along), I continue to struggle with the shaping of a story, with confronting the tension, with the task of transforming what starts in my head as a still image or tableau into something more resembling a drama. In that old niggling ache to be understood, to give my version, almost every line I write with a mix of fear and pleasure, I re-write, replacing a phrase, reassembling the syntax, questioning clarity, exactitude. But more lately, as I get into the flow or hop from branch to twig, picking out the repetition of a word (window, door, yellow, hate) I grow in faith that the set-up, the pay-off, the salient, underlying theme of my piece will reveal itself to me; that the wings of a story will ultimately unfold.

Stella Klein, Why I Write