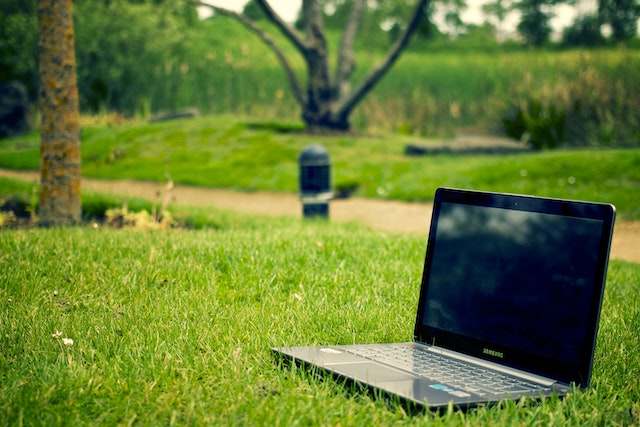 A novel is a narrative construction in time and place. As an author, establishing the detail of your locations draws the reader into the world you have created. A number of tools have become available in recent years that can help in the creation of fictional landscapes, but these have their own dangers.

I was writing childhood scenes in a novel recently, which were set in an urban landscape. I used a place I knew well; the block of flats where I grew up in Den Haag, Holland, as the basis of the setting. When I had finished my first draft I was keen to see how my fictional location matched with what is there now. I wanted to check out the geography, but I was wary of visiting at this point. I was concerned that being there would pollute my childhood memory, and the mood I was creating.

Landscape has changed with the internet. It is not just a place that we inhabit, but also a series of cascading images that bombard us as we navigate with our smartphones.  I used Google Maps to explore Den Haag, found the estate and looked up at our flat on the seventh floor. I could see into the lobby with its rows of door buzzers and letterboxes.  I could see the surrounding blocks. But it was not the place I remembered. The block wasn’t grey and damp-stained. It now had gleaming white cladding and the ground around it was turfed. There were trees and bushes. The abandoned cars had gone. The place was now fixed in permanent sunshine.

I travelled on using Streetview, and a strange thing happened. As I walked down the road it was summer, but as I reached the tram stop, it became winter. The trees were suddenly bare. There was snow on the ground. The block of flats had descended into a grey gloom. In one step I could travel backwards and forwards between seasons.

Google Earth creates its own world. It sweeps away memories, hides locations, steps between seasons. Like Guy Maddin’s ‘My Winnipeg’ whose fictional version of his hometown is often accepted as true, its construct is powerful enough to create its own mythology. The sunny view of my childhood home was much nicer than the one I remembered. And like the sleep-walking inhabitants of Winnipeg, once we get to know the place we never want to leave.

In journeying into the landscape of my memory, I discovered there is no right place from which to observe the world.

I resumed my wintery Streetview journey towards my friend’s house, past the hospital for incurables and the open prison playing fields. Suddenly I was stuck with a fixed image at the end of the street and could not go any further. Streetview and Google Earth keep us out of some places, and we cannot find out why. Some locations it is obvious – there are prisons, military buildings in the area, but other places you can only guess what the secret is.

The artist Mishka Henner uses Google Earth to uncover beautiful images of epic environmental scenes, such as feedlots in the USA, and to explore the landscapes Google Earth conceals, challenging the observer to imagine the landscape below and the reasons for its concealment.  Creating a landscape in fiction involves a similar process, journeying as far as possible through the imagination, fitting other landscapes to it, exploring the poetry and myths of the place, creating surprising details and using these to build up a convincing setting. For historical or fantasy locations you will often base it on a real place.

Research can be very dangerous for the fiction writer. You uncover so many fantastic facts to incorporate and they can disrupt your narrative and sweep away the mystery. Google Earth gives you one image; visiting the place gives another but there are many more. A visit provides an opportunity to check facts and add detail, but there are dangers in going there too early.

It is important to remember that what Google Earth and Streetview reveal is not the truth of a landscape, but additional layers of creation and selection of a location. They are part of the toolkit now available to the writer, providing us with a virtual means to explore both familiar and unfamiliar locations. Through this navigation, they contribute their own stories to the framework on which you build your own narrative. 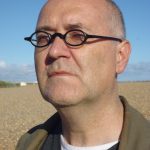 Martin’s fiction concentrates on the horror of the every day: uncovering the dark forces that operate in familiar worlds.  He has won prizes and been shortlisted in Bristol Short Story, Grist, The Short Story prize,  CroMagnon, Women in Comedy, Fish and been published by Tangent Press, Hissacs, Here Comes Everyone and Grist’s Experiments in Points of View, and he is one of the writers contributing monologues to the Young Vic ‘My England’ project. His novel – A Place of Safety –  is published by Salt Publishing. He is currently studying for an MA Creative Writing at Birkbeck College