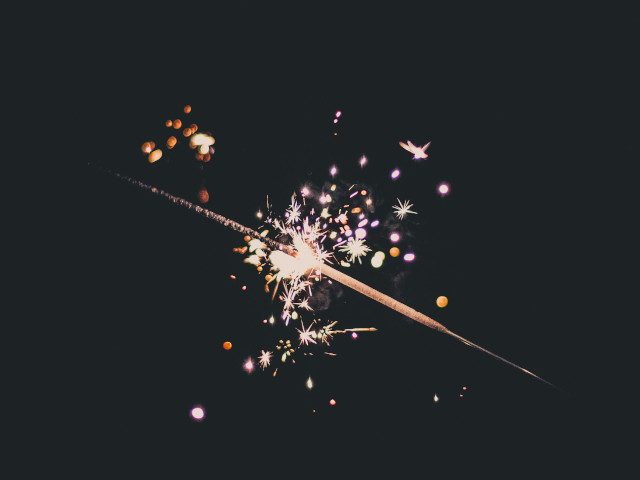 There are fireworks in the air today, tiny invisible fireworks sparking off me and Tom. Bangers, rockets, Catherine wheels. A spark from me ignites him. A spark from him ignites me. I want to run outside and walk on and on to nowhere. All I-don’t-care, infect me world. Never was this a crime. Could I say it was exercise? Walking and crying, walking and crying.

I cannot remember if I saw any fireworks on the evening of your funeral. At the time I did not realise the date we had chosen was Guy Fawkes Day. Remember, remember, the fifth of November. Each anniversary of the day you died, a million pyjama-clad figures burn on bonfires, smoke fills my nose, and I jump at the bangs. Bang, bang, you’re dead.

Funerals are in the news. Immediate family only. So long as they have no cough or fever, do not share a home with someone with a cough or fever, are not over seventy, and have no underlying condition. Any mourners able to attend must stand two metres apart. Hugging prohibited. They show a mass funeral on television, the priest the only person present. There are rows and rows of coffins. There are rows and rows of photographs of the faces of the dead propped up on the pews where, usually, the bereaved would sit.

What I remember most is the curtain. Except I don’t remember it at all. It was red, or maybe blue. I cannot recall if the curtain was open or closed. Was it the motion of the closing that I do and do not remember? The coffin was on rollers behind the red or blue, open or closed or closing curtain. Did I hear the noise of the rollers? Shortly before the rollers rolled, I read aloud a poem by Sylvia Plath. There was a word I left out because I knew I would not be able to read the poem with that word left in. I typed out the poem without the word. I have no idea what the word was, the one that would have tipped me into an abyss. The poem is about blackberry picking. I find Plath’s book, open it at the right page, and discover the unsayable word is heaven.

Fruit and vegetables are in danger of rotting in the fields. They’re calling for volunteer pickers, students, the unemployed. The people who usually pick this food are trapped behind the empty skies, behind blocked borders, and the walls of their own homes. A couple of weeks ago, when Mother’s Day was FaceTimed and the flowers sent were emojis, there were mountains of jettisoned tulips and roses, still in pots and wrappings, in the car parks of Amsterdam. Tom and I had planned a trip to the tulip fields this year. The white tulips Tom planted in our garden are bursting open. The radio said England’s garden centres are full of dying plants. Things are dying and dying in this strange spring.

I was not there when you were dying. When you slipped into a coma. Slip like slipping into a dream, like a ship slipping into the sea. Another slip highjacks my imagination: slipping up, losing your footing, and landing hard and fast on the concrete. I was not there when, soon after, you slipped away completely. They called me, they said, at the time of the first slip. Called on my landline, on my Blackberry, and on the pager I bought for such anticipated emergencies. But the message did not get through.

Tom’s phone is broken. The spark that led to the fireworks. I have this fear the internet will break. That the world’s yearning for connection will tip us all into mass disconnection. When we had our Mother’s Day party on Zoom, there was a gap between my words and those of my little ones, now big. The youngest kept freezing mid-sentence. Without warning he became a dark grey blank. The web can’t hold all this longing. When he returned, I said the hardest thing is not being able to touch. He put his hand on the screen. I put my hand on the screen. It was cold.

You were cold. Cold when I touched your forehead with the crook of my reticent finger. They had put you in your pale blue nightie with the cream lace edges and you looked all wrong. I would have chosen your fluffy green jumper and velveteen tracksuit bottoms, with one of your swirling-patterned scarves tied round your cloud-white hair. With you lying there in a coffin I couldn’t help thinking of Dracula and half-expected you to sit bolt upright. The funeral director placed the gauzy net back over your face and you looked like a ghost.

The world is a ghost town. Aerial shots of Piccadilly Circus, La Place de La Concorde, Times Square. The odd person a grey dot. White shaggy-haired goats came down from the Welsh mountains into a deserted seaside town. They strolled in gangs of six or seven, faces serious, long-horned heads aloft, surveying their reclaimed streets. The goats jumped onto the stone walls of front garden and chewed the privet hedges.

Sometimes I wonder if you are walking round our old seaside town. I picture ghost-you as an empty space, like when a character in a film becomes invisible and the inside of their outline has a slight shimmer so the audience knows they are there. I imagine your shimmery absence hovering along the seafront, and stopping in front of your old flat which is now not there because, a while after you died, they pulled the whole block down and replaced it with a supermarket. You turn away and drift into the next road, past the funeral directors where ashen-you sat for nine months before you slipped from urn to hand to air to sea.

There is a pop-up morgue in the middle of London. White and plastic and gleaming. In New York a forklift truck lifts bodies in body bags into the back of a refrigerated lorry. In Italy, in the worst-hit city, the crematorium has closed. There is a twenty-day backlog of bodies. New York is in the news again; they are lowering pine boxes into the gaping mouth of a mass grave. I think and don’t think about what I would do if I became catastrophically unwell. Would I risk becoming a body in a hospital, a body in a lorry, a body in a pine box piled on top of, and alongside, other pine boxes, for the small chance of surviving? Or would I opt for certain death, my hand held, in my own bed?

Your bed was stripped bare. That’s what I remember about my final visit to your room. I went to the nursing home to see dead you for a last goodbye, but you were gone. They handed me two black bin bags containing all that was left of your belongings.

Nurses are tying big bags over their hair as makeshift protective equipment. They use two more bin bags to cover their shoes. Look, says an American nurse, this is what they give us, and she holds a rain poncho up to the camera. Doctors buy diving masks from eBay. YouTube shows innovative ways to make masks from old bras and men’s pants. Undertakers use sanitary pads to stuff the mouths of the dead. Everything is running low. Even oxygen.

The tube spooled from your nostrils to the oxygen machine. Like an umbilical cord. The machine’s soft breath hummed but there was not enough air. I cannot remember if it was inhaling or exhaling that you struggled with most. It’s stifling in here, you said. I look up the meaning of stifle. To restrain a reaction or emotion. To prevent something from being expressed. To suppress or curb. To quell or to crush. To suffer from difficulty in breathing. To prevent something from continuing. To prevent or be prevented from breathing so as to cause death. To kill by impeding respiration. To smother. To suffocate or become suffocated.

It is the suffocating sensation that is the worst thing, said the man who has survived ICU. I search YouTube to check his words, but he is not there. The nurses clapped him as he was wheeled out into the world. Or perhaps this was a different man. The survivor spoke of coughing while intubated. How you have this instinct, he said, to take a deep breath after a cough and you cannot breathe in and you think you are dying. Like drowning. And the nurse’s words reach you through this ocean and hold you and you get through it. And then the next cough comes.

It wasn’t the cough that carried her off, it was the coffin they carried her off in. You would say this rhyme when I was little. With a bemused smile. Later, in the nursing home, you repeated the rhyme, now as if it had some special meaning you were trying to divine behind your furrowed brows. The cough was the first sign that you were ill. Followed soon after by shortness of breath. Followed by the panic attacks.

I have no word for the gripping, gripped feeling, the furious energy, the grasping, being unable to grasp, the enormity, the hovering harrowing thought-unthought that someone I love might die. That I might die. That people are dying and dying and dying. In their hundreds of thousands. Breathless. Perhaps the word I’m seeking but can’t find is panic. For a long time we did not panic when we should have been panicking. Or planning, at least. We watched it unfold in foreign lands. Stunned. This invisible thing crept up on us. We looked away.

You looked away. I looked away. Just a cough, just a bit puffed, just panic. We squeezed our eyes so tightly that, when reality burst through like a fist, it was too late. Your illness was end-stage.

A song has ear-wormed its way into my head. One time I realised I was singing it out loud. ‘It’s the End of the World as We Know It (And I Feel Fine)’. Except I don’t. But sometimes I do. The air is clearer. Birds sing louder in this silence. The sky is so blue. No plane trails. Tom is planting salad leaves, potatoes, and strawberries. Surreal, unreal, friends say down the phone. I peer out through the window. Cars and joggers pass by. Distant sirens. Like another world, a parallel universe somewhere far away but near, just on the other side of the glass.

Do you exist somewhere out there in another world? In a world where you are no longer sick. Where you can walk by the ocean, gulp in a lungfuls of air, feel the sea breeze on your no longer dried-out skin, stroll, stretch in the sun, and breathe breathe breathe.

This piece was written in response to your Stories in the Time of Covid 19 project. 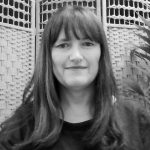 Sadie Nott writes short and long fiction and lives in London. Her short stories have appeared in Liars’ League, LossLit, The Selkie, and The Book of Godless Verse, and one is forthcoming in the A Wild and Precious Life anthology. She has won a Creative Future Literary Award and is working on a novel and a short story collection.