Receiving feedback as a writer is difficult, to say the least. You put your all into a work and submit your piece expecting rave reviews. Our wounded, bruised egos are in need of compliments and the reassurance that we’re on the right path (even if the tens of writing competitions don’t agree). We’re all great at internalizing the hurt we receive after someone (or a group of writers) agreeably demolish our work or pick it apart.

Learning to process feedback is an important skill. I’ve experienced peers and fellow writers lashing out at the feedback they’ve received in class. They would do this either by interrupting a comment mid-way to defend their work or to completely explain away the critique (thinking it’s a complaint) rather than actually listen to what’s being said. I’ve compiled a list of what I’ve learned from receiving feedback as a writer over the years.

1. It’s justified and normal for your feelings to be hurt; you’re not being ‘sensitive’.

As a writer, I know the amount of effort you’ve put into your work. I know the edits, the reviews, and the insurmountable nervousness of putting a piece of yourself up for grabs. Feel safe in knowing that every other person in the room feels the exact same way you do; and that no one has the intention of bringing you down with their comments but rather the opposite, they only want to see this piece grow.

That being said, usually when we’re feeling attacked we tend to clam up or feel defensive. Which is why,

2. You’re not your pieces’ defense attorney.

You’re not submitting your piece to defend it against every remark you hear from your peers. Listening and adopting the remarks is a skill, and you don’t learn anything new from treating your piece as your first-born child rather than a work-in-progress.

3. You shouldn’t be selective with the comments you choose to hear and apply.

I found myself listening to my peers’ comments and writing half the comments I was actually receiving. I was tuning out the comments I didn’t want to be hearing, or the ones that were too critical of my works. I stopped doing this when the feedback I was receiving from competitions had the exact same remarks I was choosing not to implement.

4. Don’t be embarrassed to ask for specificity.

There have been workshops where my peers would give me feedback I wouldn’t know how to implement and would be too embarrassed to ask what they meant at the risk of looking foolish. This is also good advice for the person giving the feedback, in that being clearer and more concise is more beneficial than saying something vague like, ‘I think the structure needs some work’, and usually I would nod to this when I instead should’ve been asking, ‘Are there specific parts in the piece where the structure could be fixed, or is it the piece as a whole? What would you recommend I do instead? How could I improve this?’ And by asking these questions you also encourage the person to be constructive with their criticism rather than just critical.

A lot of my feedback, in the beginning, was haphazardly scrawled on different parts of the page, making the editing process more difficult because I would edit all the varying writing techniques at the same time. This would take more time than what was needed. Later on, I divided the notebook’s feedback page into sections and put the feedback under the sections they fell into so that I could move consecutively and quicker, rather than jump all over the piece with the different techniques that needed fixing.

Sometimes the workshop has more critiques than it does compliments, and you begin to feel demotivated or feel like giving up on a piece entirely. Don’t. A piece undergoes several drafts and it’s unrealistic to expect yourself to create a masterpiece from your first draft.

These tips are easier said than done. Don’t fret if it takes a while to apply these, (especially with the defense attorney one) but speaking from experience, being mindful of these mini rules I’ve set out for myself has changed the feedback sessions for me (as well as my piece) in that I feel more prepared and much less fidgety. 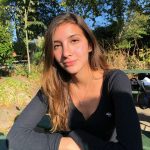 Danya Koueider is an MA Creative Writing student at Birkbeck, University of London. She’s published articles in the AUC Times and Cairo Contra Magazine. In her creative pieces, Danya hopes to explore the dichotomy of East and West through her upbringing. Her work is an exploration of a feeling of otherness. She hones in on themes of loneliness, nostalgia, and confusion, among others.