Before coming into being, before his earliest memory of being alive and everything that came after, there was the fall.

He had no memory of the incident, being an infant when it occurred. His parents had taken him, their firstborn child, for a short holiday in his grandparents’ chalet in north Wales. The chalet was a timber-framed prefab on a small conurbation of similar dwellings known as The Warren. A home-from-home for the businessmen, Rotarians, and retirees of north-west England, where they and their elaborately-coiffured wives decamped for gin-soaked summers in the Seventies.

His parents had brought him to the chalet shortly after he was born, but this was their first trip with a mobile child, a crawling and drooling homunculus dedicated to disrupting the harmonious order of his grandparent’s holiday home, their expensive glassware and delicate porcelain. He was an unplanned child, an unexpected and not altogether welcome development, the product of an overly casual approach to contraception which entailed a profound recalibration of his parents’ former lives. In keeping with the times, his father worked long hours, as a builder, while his mother carried the burden of responsibility for the child and their large, puppyish male Labrador, who also made the trip to north Wales.

They had not expected the inclement Welsh weather that week, which largely confined them indoors, no doubt making tempers frayed and the atmosphere fractious. At some point, perhaps driven from the chalet by the spectacular rain relentlessly pelting the granite patio and drumming a tattoo on the tin roof, his parents decided to take a day trip in the car. According to his parents, somewhere between the chalet and the waiting car, as his mother hurried through the rain with her son in her arms, she dropped him. Both he and his mother were wearing waterproof coats, and it was the slipperiness of the material that caused him to fall, very suddenly, onto the stone patio, hitting his head and fracturing his skull. The day trip became forty-eight hours in A&E.

For a long time after his mother’s confession, he thought of it often as a threshold moment, an epistemic break that catalysed everything that came after. He was troubled by the ramifications and the possible permutations of affect. The difficulty he had remembering certain things, facts and figures, important errands or requests, or even what he was about to say when speaking. His quickness of temper, the rages and sulks of adolescence. His failings.

Had he been a little older the bones in his head would have been more fused, and the damage to his cranium more severe. The bone may have splintered and caused bleeding on the brain. Had he fallen from a greater height. Had he not been treated immediately. Had his mother not been rushing or dressed in a waterproof jacket. Had his father not been waiting in the car but carrying his son instead. Had they stayed in the chalet and not gone out. Had they not gone to north Wales.

There is a photograph from that week. He is sitting in bed with his grandparents, the remains of breakfast toast on his chin. They are laughing at the expression on his face. He looks faintly cross-eyed. He can’t work out if this picture was taken before or after.

Throughout his childhood other injuries followed, as if the chemistry of his body had been thrown out of sync.

The cheek trapped in a door lock at his maternal grandparent’s house aged two.

The arm pulled from its socket by his father when he refused to come in at bedtime, also aged two.

Splitting his forehead open at nursery aged three. Running in circles, he tripped and landed face-down on a metal digger. An abiding memory of being physically restrained between his mother’s legs so the doctor could sew up the wound, while concerned nurses and doctors came into the room to investigate the screaming.

Falling into the ashes of a day-old fire in the back garden and blistering his wrists, aged five.

Fracturing his right wrist at a friend’s birthday party aged seven. Playing in goal, one of the other boys’ fathers decided to join the opposition team, for a bit of fun, and kicked the ball with some force towards his goal. He saved the shot, but felt his wrist pop, as it splintered like a broken sapling. The last thing he saw, as he dropped to his knees and held his wrist, screaming in pain, was the father walking off the pitch, his shoulders hunched in embarrassment.

The large mole removed without anaesthetic from the underside of his left forearm aged eight. His mother took him to a private clinic in Stoke on Trent. After being given the injection, he started to panic. The doctor rushed to carry out the operation before his arm was sufficiently numbed. His mother tried to soothe his screams while the doctor worked hurriedly, leaving him with a ragged hole in his arm. His mother took him to a toy shop after the operation, and to assuage her guilt, allowed him to choose whatever he wanted.

Aged nine, the left eyebrow torn open in a playground collision with a female pupil. As the blood poured down his face and streaked his sweater, a dinner lady ignored him to check on the unbloodied child. A friend took him to the toilet, where he attempted to wash blood from the cut. Then he sat in reception, waiting for his mother to take him to A&E. He returned to school the next day with three stitches above his eye. The girl stayed at home.

Another trip to A&E aged ten after jumping backwards onto a radiator on Boxing Day. The product of hi-jinks and far too many Quality Street. After clanging into the radiator, he stood and felt the thick, warm blood ooze between his fingers. The canary yellow acrylic jumper his mother had knitted for him for the winter was ruined. After he returned from hospital, his younger brother declared, I can see your womb.

The moped kickstand that gouged a hole in his shin on a petrol forecourt on the Greek island of Paros, aged twenty-one. A large American woman sat on an idling moped, released the brake and smashed into him as he went to pay for fuel. He went to help the large American woman, now pinned to the ground by the moped, uselessly carrying one of her flip-flops in his hand. Then his leg started to throb, and he noticed the gash just below his knee.

Before or after. Pre or post. In later years he would recognise the philosophical resonance of falling. The prelapsarian cadences. Original sin. Adam in the garden. Dante Alighieri and Albert Camus. All That Fall. Daedalus and Icarus. George Mallory and Sandy Irvine. The Man Who Fell to Earth. Yuri Gagarin and Don Draper. Failure due to hubris.

To fall. A reduction. A lowering, a lessening, or a loss. A collapse or misdeed. A failure.

Every event has a specific set of circumstances which determines the inevitability of its outcome. He was lucky, and yet he was not. His mother, still tending to her guilt, waited many years to tell him. After they told him, his abnormality became a sort of joke.

He could not blame his mother for what had happened. Nor could he imagine how she felt in the moments after he fell from her arms, during the ride to hospital. Her terror, her grief.

What remained. The image of a young woman struggling in the rain, her infant slipping from her arms, its head encountering the earth’s unyielding solidity. The sound of bone striking stone.

After he had children of his own, he didn’t carry them. He clung to them. 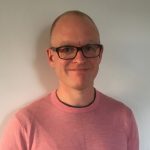 Alexander Williamson is a writer and photographer. He has a PhD in English from Birkbeck, University of London. He is currently working on an autofictional memoir titled The Failure.