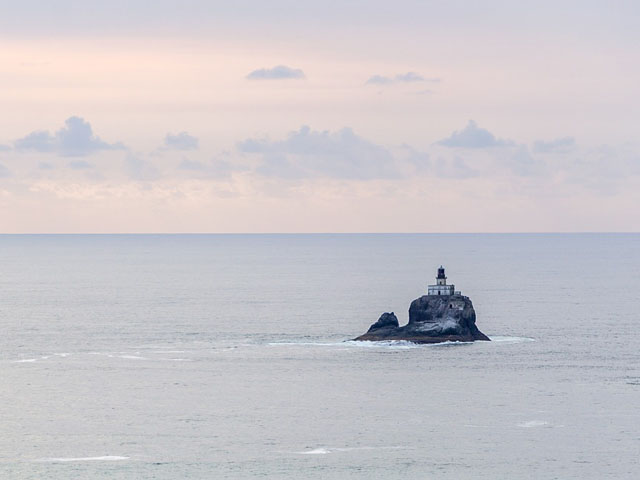 And this time it’s personal

Poet Fran Lock writes on the connection between poetry and therapy.

Despite its vocal protestations to various kinds of “community”, the poetry writing world can be a lonely and uniquely discouraging place.

I’ve written, in one form or another, for as long as I can remember, and I started writing what I would describe as poetry at the age of about seven or eight. This practice occurred, if not actually in secret, then certainly in private. I belonged to no societies. I was sent on no retreats. Nobody solicited my efforts for cheesy school anthologies or entered me into competitions. The types of organization or opportunities that might have helped situate me as a young, aspiring poet were simply not on my radar. Poetry wasn’t for me. We were poor. We had other concerns.

This isn’t about to be some kind of class-war manifesto, this is just by way of explaining that I came to the “professional” or academic practice of poetry quite late, and that I came at it alone, and from the outside, not knowing what to expect.

My early experiences weren’t uniformly terrible, but I have come to define them in the light of one particularly dispiriting exchange that put me off participating in or contributing to the practice poetry for a number of years. It wasn’t an especially dramatic experience, and written down it doesn’t look like much, but for me – at least for my writing – it was formative. It was this: having finally summoned up the courage to attend a poetry “workshop” I was told by the workshop leader that the poem I had submitted for critique was heavily at risk of “the mere confessional”, and that I and the other aspirant poets would do well to remember that a creative writing workshop was “not a group therapy session”. It was a flippant remark, intended to be taken light-heartedly, and made, I have no doubt, to help and not to hurt, but he’d badly misjudged his audience. I was mortified. I wanted to crawl into a hole and pull the hole in after me.

As painful as that experience was, I’m not convinced it did me or my writing any serious lasting damage. I went away and I worked on my craft; I read widely and wrote daily, and generally cultivated the hardcore habits of study that still shape my writing life today. I have struggled often, though, with feelings of illegitimacy and inadequacy. I continually question my right to poetry, and the worth of the work I produce.

This is not, of course, the result of one personally disastrous creative writing workshop. Rather, I’ve come to understand that workshop leader’s comments as symptomatic of a wider attitude or greater malaise towards “confessional” poetry, or the poetry of traumatic experience.

I remember reading a singularly vehement critique of the confessional mode by David Yezzi in The New Criterion, where Yezzi describes the confessional movement that emerged during the late fifties and early nineteen sixties as a project of arrant narcissism; the positioning of the poet, through and at the expense of her work, as an icon of beautifully damaged cool; either that or the poems pursue a private catharsis, leaving the reader and any meaningful comprehension or connection far behind. For Yezzi and critiques like him confessional poetry is a pose, an aesthetic fetishisation of the poet’s life that relies on salacious detail in place of intellectual rigour, lyrical exactness or creative depth.

This isn’t true. I am sure of that now, but I wasn’t always sure. A lot of the trepidation and hesitancy I felt in putting my poetry “out there” came from this sense of insecurity about my work, and about the validity – or perceived invalidity – of my poetic preoccupations, my thematic concerns, and my voice.

My voice most of all, which I’d come to recognise as generally unacceptable to the wider world quite apart from the practice of poetry. To grow up in any way “other” is to spend your entire life navigating and negotiating around various kinds of social, cultural and historical silencing. I first became aware of this at school. I wasn’t encouraged to participate or asked to contribute because as a “pikey” I was assumed to be stupid. When I came into conflict with others, which was often, my own testimony wasn’t sought because as a teenager with mental health problems my expertise in my own experience was considered suspect. I grew up without the capacity to advocate for my own rights. This is hardly a unique situation; many kids experience school as a system that engineers their exclusion from the ability or opportunity to articulate themselves.

The poetry I started writing back then was a clumsy attempt to address this silencing. My writing was, and is, provoked by lived experience, an act of witnessing that arises from the immediate material conditions of my life; the poem is a space in which permission to speak is granted to an otherwise excluded or diminished self. It is, perhaps, no more “narcissistic” or “self-indulgent” than is crying out in pain when burnt, or calling for help when drowning.

I first encountered the work of Trauma Studies scholar Cathy Caruth in the winter 2015 and became immediately intrigued by her notion of “impossible saying”. Caruth writes compellingly of the contradictions and difficulties inherent in writing about traumatic experience: the urgent necessity to “tell” and the impossibility of meaningfully or coherently doing so. Caruth argues for a literature of trauma that embodies the narrative disintegration which is trauma’s inevitable result. This literature would communicate in indirect and unexpected ways, would respond by shifting shape, to the intense pressure put upon language by experience; would stutter, pause, repeat, obsess. A language neither literal nor cohesive. Poetry, perhaps.

When I took my first tentative steps into Trauma Studies literature I was enrolled in a course of Cognitive Behavioural Therapy following the death of one of my oldest and closest friends. As part of my therapeutic program I was asked to keep a “journal” which would serve as a continuous record of the therapeutic process itself and of my on-going attempts to accommodate my shock at his sudden and violent loss into everyday existence. As the writing started to engage and absorb me, I began thinking about the ways in which therapeutic and poetic practice interact, intersect, reflect and undermine each other. I began to notice similarities in strategy, not only in my own writing, but across a range of other contemporary poets from a variety of countries, cultures and traditions, of which Rob Halpern, Melissa Lee-Houghton, Luna Miguel, and Noelle Kocot are just a few of my favourite examples.

These poets address traumatic experience in a variety of ways, but all share in common an often radically repurposed language, that fluxes and fractures and takes on surprising shapes in an effort to articulate and accommodate experience. This isn’t poetry as “mere confessional”; these aren’t egocentric self-portraits or cathartic purges; this is uniquely pressured speech, “impossible saying”, a place to tell forbidden things. It’s serious.

The knowledge that this cohort of writers exists helps a lot with those aforementioned feelings of loneliness and despond, as does understanding my own work as necessary and potentially radical. Poetry isn’t therapy. This is true, but some of the most interesting contemporary poetry occupies similar territory, exists at the intersection between the therapeutic and the literary.

When asked to contribute something to this blog the brief was pretty broad, but my piece would ideally inspire or advise new writers. I’m not sure how close this comes to the former, or that I’m in any position to provide the latter, but in an attempt to address at least one of the two, perhaps the best I can say is: find that which it is unacceptable to say; find whatever it is within your own experience that you are forbidden from saying. Then say it. Transgress as if your life depended on it. Because it does. That’s what poetry is for.

And This Time its Personal, blog, Fran Lock, Poetry, Therapy