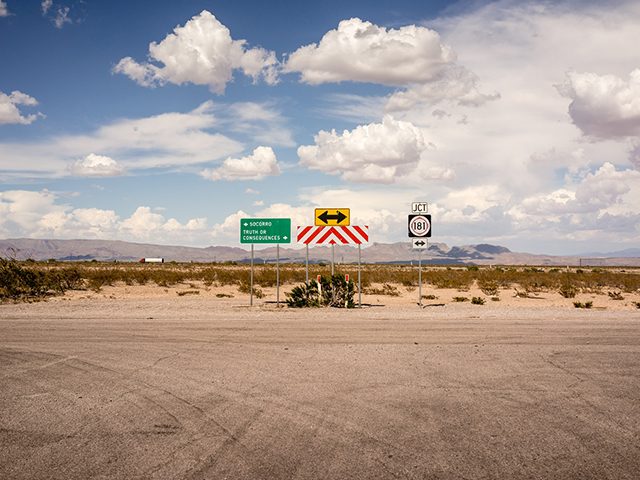 We missed the turning for the nature reserve & slipped through a break in the dunes (like wasps at a fete) entering a whiteness that swarmed desolate, horseflies cascaded through the heat, their jaws like pressure gauges (whale fat blazes a cocoon in the firmament) Gus would have gotten high too, somewhere along the Delaware coast, a bleached snarl down the Atlantic’s stomach (the swamp: towards a theory of the black box) but maybe the shoreline was lunar after all, robotics students down wind, drones spiralling loose on the slipstream of history (cut-and-paste black holes). A belated honeymoon, trailing the ghost of Dos Passos around Ocean City, in the oil smears of last light, apartment blocks glare with all the positivity of a creature’s first nightmare (frantic lights-out prose) days nailed to sour mash & we pulled off the highway for flat bottom peaches (reader, she said now to globes of furry American nectar) & bought Carolina Reaper honey for the hard-ons: there was something about getting dick in a motel that always made you so wet you said.

American Cantos! Ha, no fooling you with a mendicant’s bazaar, language bootlegged out of the CVS on the corner of the Boston Post Road, monochrome angels drinking off personality in torrents, out on the Hutch, lateness howls a mercy in our ears & Ike himself slides in between us, miraculous at this thief hour, eye sockets weeping acid & wisdom. The car streaks beneath us into midnight’s lair, jack-o-lanterns burn mutinously on porches, we thought, a communism so delicious it hurts. Starlings gather in the trees outside yr parent’s house, but they’re just the veined wisps of leaves shivering to some weird nocturne, the scalped heads constitutive of the new world. Nature is unquiet. Darkness seethes with the drone-crackle of cicadas returning Anne Bradstreet to her soda pop massacres & morning glooms out of the nowhere we tilt towards. Then it is us, again, sober as the republic, riding with yr mom to White Plains hospital, December 24, 2016, insurance expired & lice jittery on penicillin.

From the veranda Sheldrake Reservoir forms a landscape where labour isn’t even disavowed. Geese paddle in the drifting maw of summer, framed by an arched trellis where yr sister wed, light pooling in the shape of a mollusc swing. Yr dad, shirtless (an atonal pastoralist) throws medium on the pictorial plane, a prospect scooped into solemn horseshoe crab shells, like the coyote stunned on the driveway, that first summer, an angelus of fur that cuts irrationally from the catastrophe encompassing out there to the glow stutter of fireflies in the yard, dusk washes us mellow, our heads scatter like the debris of science stuck in tar for posterity. In yr room you showed me the poster you had designed for Occupy White Plains, black forms on an ashen white background, struck in militant rest. A disappointment, if I remember right, an exodus without the tribe. A rusted weathervane hulks out of the foliage & marks the trail down towards the water, an instrument that you found on the side of the road no doubt, but for now let’s say it came with yr mom’s family as they sped out of Georgia: shrieks rise off the reservoir like thin plumes of a century of hope. Even the undergrowth speaks with the cadence of an erratic vitalism & shadows float across the lawn, airborne monks stoned on ‘holey’ nectar; but maybe that was just yr dad at work in his studio. La Lotta Continua. 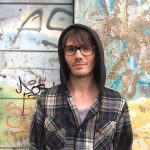 Tom Travers is completing a PhD on Don DeLillo and Capital in the department of English and Humanities at Birkbeck, University of London.