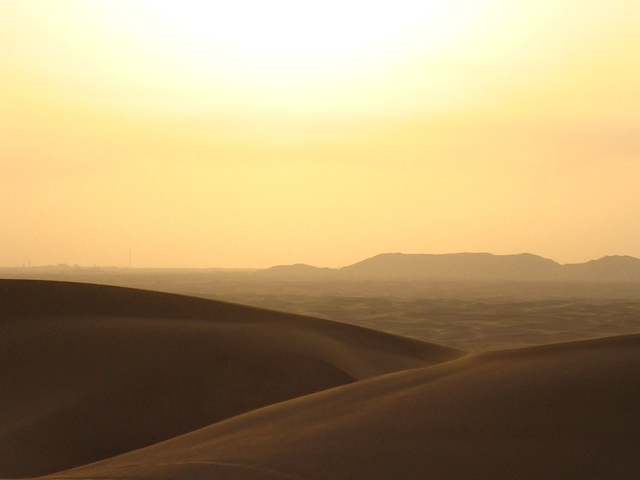 Tall tales were never her forte; that was rum,

And she was too English for that. And yet, wishing

For large round bangles to sing and serenade her ears,

Of a clean-run woman, pure, chaste – but also fired,

Waylaid, littered, at the marketplace of all her desires:

In the musky palms of her clay-thick hands, where

The verb to wander’s become the working-metaphor for

The closed minuet of a sound yet sounding, ample

A white fandango on a blue, on a blue that was just as white…

Gypsy-mother, then – swan and stranger in the svelte and solid sum

Of all your innocence: I stay whole, made, by what you bring.

There is a type of idleness which ill-befits

The true connoisseurs of idleness – lit

As they are by the shade of their idle wits…

In the mad summer heat here: the princely

Finds in a bee-yellowed sunbaked emirate –

Is a sheikh from a different hotter kingdom,

An un-blessed realm where no reins drum

Against the neck and shoulders of some

Dark filly – to slow and steer, to save and sum…

In the gland of tumescent heat: all are put out to stud.

So we mate the AC, and await the slow dread-cold

To drape us, its upstart-regalia – the bold

Awning from the shutters above our heads…

And the cool veil to thank for this – nicely-colored-lead –

Is a verdigris we prefer, beneath the outdoor

Heat we scuttle from: like rats on ratty form…

But our sinking ship’s no wavy sea, no licit door

Of glorious water, to which to dive-in and adore.

The only gate to flee him from this wizardly wake

May be a stable in paradise, a pen; and a pen for a pen’s sake.