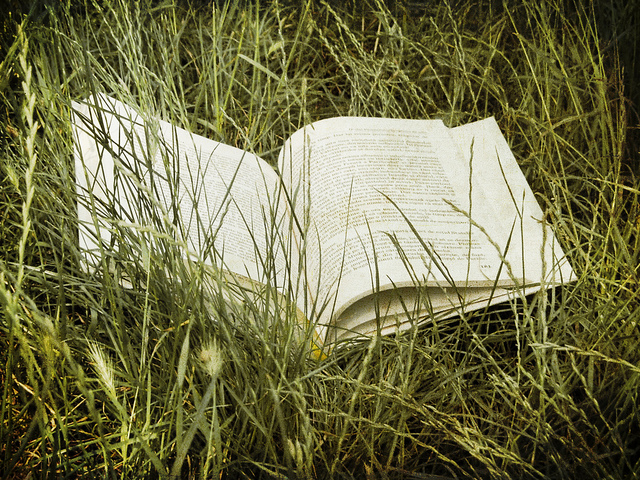 A review by Lyndsey Garrett

The relationship between me and poetry hasn’t been a smooth one. Before enrolling on the Creative Writing BA at Birkbeck, my experience of reading and writing poetry was confined to GCSE English classes. Hours were spent buried in a single workbook that we would work through until all enjoyment of poetry was removed. With such dismal memories I approached the poetry module of my course with some trepidation. After a few weeks I’d realised how much more there was to explore in poetry, how form could be followed, ignored or broken entirely. It was exciting and terrifying; there was so much to learn, and I wondered if I would ever be up to the challenge.

When the chance to attend a free poetry workshop presented itself, it seemed like the perfect opportunity to look at other ways to engage with the form. A collaboration between Melanie Jones, Fran Lock, and Simon Coltman, the workshop aimed to introduce us to the concept of meditation and how it could be implemented to produce creative work.

Our first step was thirty minutes of mindfulness meditation. Having always had an interest in meditation and philosophy, and experience of meditation techniques and retreats, Simon was the perfect guide to take us through. He invited us all to sit in the circle of chairs prepared in the Keynes library and to take a moment to relax and get comfortable.

The closest I’ve come to meditation is yoga, another activity where I’m a relative newbie. Timing of breath is still something I struggle to get in tune with. In meditation it’s about the breath and focus. Our minds are constantly active, and meditation is a chance to focus those thoughts to the moment. We closed our eyes as Simon began to take us through the techniques. His calm voice guided our attention inwards.

Why is it that whenever you try to relax your mind always decides to focus on things other than your presence in the room? Maybe it’s a loud car outside or a project deadline later that week, but our minds tend to wander towards these points that claim our attention. Simon explained that this was natural and that we should acknowledge any thoughts that we wandered to, but ultimately bring ourselves back to, well, ourselves and our breath.

I found it a strangely disorientating experience at first. The more I focused on my breathing the less I felt part of the room. At one point I was convinced I was going to fall over, despite being secure in my chair. But as the session continued I felt more grounded in where I was and became less troubled by what was going on around me. After thirty minutes Simon talked us through the steps to come out of a meditative state, slowly introducing movement back into our limbs and carefully letting our eyes adjust.

Once we were comfortably alert again Melanie lead us back to the tables and talked a little about free writing. We would have about ten minutes in which to write continuously; the pen should not stop moving across the page. Writing the same thing several times would be valid, but our pens needed to keep moving. The idea was to write about what we had experienced during meditation, any feelings or memories that had been evoked. Melanie also gave us three prompts to use should we find ourselves stuck at any point.

Ten minutes; pen moving constantly. The idea was terrifying. I’m very much a stop and start writer, with a tendency to over think the lines I try to put to paper. It makes first drafts a nightmare, and we had ten minutes. As we started I tried to follow through with an idea that Simon had introduced during the meditation – the idea of permission. In that context it was about giving yourself permission to acknowledge a thought. Here I gave myself permission to write without worrying whether it made sense or was even remotely coherent. It might not sound particularly profound, but it was a revelation to me and what gave me the means to follow through with ten minutes of solid writing. I’ll admit, reading back on it is like looking at two pages of ravings, with maybe four or five full stops throughout the entire piece. What could be done with this?

As a current PhD student focusing on poetry, and with several anthologies in print, Fran’s advice was insightful and bolstering. She explained that what we now had was raw material to work with, from which we could construct poetry. With that she brought our attention to some ideas of poetry structure, thinking about line breaks and where our stresses lie in the poems we would be writing. She also emphasised the importance of remembering that these were first drafts. We could tinker with them to develop a final piece later on, something she assured us that most people tend to do.

We took our ramblings and worked to make them into poetry. It’s interesting to look back on free writing and find little nuggets that have poetic promise, even lines like ‘grainy cheese sauce’ suddenly have potential. These poems were our own to work on and keep; Fran would be giving us some initial feedback in the poems we would be working on in the next half of the session.

After the break, we returned to our circle of chairs for a second meditation session. This time Simon wanted us to think of a place and to visualise ourselves at that location. Whilst continuing the breathing exercises we had learnt from the first session he prompted us to move around our chosen location, to think about the sounds and smells that we would experience there. I focused on the Isle of Coll, somewhere I had been on holiday within recent months. The sensory power of those recalled memories was something I hadn’t appreciated before. In the quietness of the meditation I remembered what it felt like to arrive, cold and slightly sea sick. The sounds of sheep in the next field, of rain beating down on us as we walked along the single road and the smell of the sea spray as it lapped against the sand.

Back at the tables we spent another few minutes on free writing, noting the thoughts, feelings and sensations from the meditation on place. This felt easier to do, maybe because having tried free writing in the earlier session it didn’t seem as daunting. Whether it was the connection to the place or just feeling less inhibited, the writing didn’t sound so erratic. With our latest scribblings we started working on new poems.

Nearing the end of the workshop, we each read out the poem we had just written, and we saw how varied the places were that we had focused on. Fran listened and offered excellent feedback, letting us know what worked well within and around the poem as well as points that might be worth revisiting or expanding on. Her feedback was incredibly constructive and certainly left me feeling that poetry was something that I could happily explore more of.

I was apprehensive about the session at first; both meditation and poetry were not things I was particularly comfortable with, let alone in a room with strangers. But one thing I’ve taken on board since starting the BA is to try and go beyond my self-imposed limits, to look at new ways to develop my own writing. You never know what you might find out there, and that was certainly the case with this workshop.  I have several pages now of raw material that I can refer back to for inspiration as well as two first draft poems that I can edit. I’ve yet to try meditation at home, but it is something I want to give a go as it resulted in what was arguably one of my most productive writing sessions. My hope is that this workshop runs again and, if so, I thoroughly recommend attending it. If it doesn’t sell out, maybe I can get a chance at another session!