Jess Hindes talks us through her journey in the world and community of transformative works.

In March 2014, I was finishing up my PhD. I was writing about a cheap penny serial called The Mysteries of London, which appeared in hundreds of weekly instalments across the 1840s and 50s, disseminating radical politics and salacious literature to the working class. I was panicking, frequently, about whether I’d finish the thesis, and struggling with what, looking back on it, was an overall shaky mental state. There are particular pressures to a humanities PhD. The work tends to be isolated. You’re not in a lab with a team of people but in the library, by yourself, trying to construct an argument that says something new. Originality is crucial. This has to come from you. More than that, you don’t get feedback very often when you’re working on a project with a four-year goal. There’s a constant worry about whether what you’re making has any value and, if you’re anything like me, an enormous investment in the eventual judgement of the academics who assess your work. Accompanying all of this is the underlying anxious knowledge that once it’s submitted, you’ll need to subject yourself to the same continual scrutiny from an unforgiving job market that will compare you against your friends and peers.

It’s not surprising, then, that although I was nagged by a constant, draining concern about whether I’d finish the thesis by my September deadline, I was also desperate for anything that I could use to procrastinate from my work. After all, if you don’t write anything then nobody can tell you it’s bad. Over the course of my PhD I developed an obsession with (and started a blog about) the American procedural drama, CSI; became an expert in elaborate nail art (and started a blog about that, too); and began volunteering as a tour guide at Highgate Cemetery. (One of my friends, nearing thesis completion, began to make her own cheese.) And eventually, I started streaming an American TV show called Supernatural.

You may not have heard of the show, so here are the basics: two hunky brothers hunt monsters through small-town America. The stakes are high. The cheekbones are higher. It’s a delight. It’s also been running since 2005 and is only right now, in 2020, coming towards the end of its fifteenth and final season. Even six years ago, there was plenty of material to feed my needs. I burned through nine series in about three months, finally getting current just in time for the last episodes of season nine to air. I have vivid memories of watching the finale in a student dorm room in Galway, where I’d gone to give a conference paper about my research.

While I was making intellectual conversation about medical dissection and the nineteenth-century working-class body, I really wanted to be discussing the rough time that my fave, Sam Winchester, had been having in season nine. His brother had tricked him into being non-consensually possessed by an angel! The angel had suppressed Sam’s memories and used his body to murder his friend! And too many people on the internet were not seeing things from Sam’s point of view! Aggrieved, I wrote up a 3,000-word short story trying to give an insight into how I thought Sam might be feeling and posted it on the fanworks-hosting website, Archive of Our Own (AO3). I got 500 hits in the first week: kudos (likes) and enthusiastic comments about my work. I felt validated. I wrote more.

It might seem contradictory that, paralysed as I was by my academic work, I was able to bash out an essay-length piece overnight and didn’t hesitate to deliver it up to the public eye. (It’s not a small audience; AO3 has over 2 million registered users and regularly sees over a billion pageviews in a single month.) I think there are a lot of reasons for that, but they boil down to the fact that transformative fandom offered in almost every respect the opposite of my experience as a humanities PhD. Looking back now, I can see some clear correlations between the material that had drawn me to my thesis topic and the concerns that interested me within the show: issues about bodily autonomy, metaphorically expressed. But the nature of the community I was stepping into felt completely distinct.

I’m assuming that most of the people reading this post know little or nothing about transformative works. Maybe you heard that Fifty Shades of Grey originated as Twilight fanfic, posted under the pseudonym Snowqueens Icedragon and eventually pulled down to be published with the characters renamed. Maybe you have a vague understanding of the term slash fic, which was born in the 1970s from fanzine stories about the relationship between Kirk and Spock (the formula ‘Kirk/Spock’ signals a romantic or sexual relationship; slash fic now refers to fic about male/male pairs). Maybe you saw the 2019 movie After, adapted from a real-person fanfiction whose heroine hooks up with Harry Styles.

Either way, the chances are that you probably don’t take fanfiction all that seriously. EL James’s dubiously-researched BDSM certainly isn’t the best advertisement for the form. Where fanfic is mentioned in the mainstream press, it’s historically been featured as a curiosity; often, it’s dismissed as the frothy expression of female fantasy, the production of middle-aged women and teenage girls. The picture isn’t completely inaccurate: there can be strong generic overlaps between fanfic and romance fiction, and one of the joys of transformative works are the space they provide one’s id. But in actuality fanfiction is a complex, wildly diverse form which can be creatively liberating to an extraordinary degree.

Here’s something I love about fanfic: it’s a gift economy. That’s inevitable. You’re playing with other people’s intellectual property. One of the rules on AO3 is that users can’t ask, even indirectly, to be paid for their work. Of course, there’s nothing wrong with earning money for art, but when you take the finances out of the equation what grows up instead are a series of alternate forms of transaction. This creates an intensely collaborative environment. The Organization for Transformative Works, which maintains AO3 (amongst a number of other projects) has an 800-strong staff composed entirely of volunteers: lawyers, web developers, fundraisers, academics, all giving their time altruistically to build something for communal use (I should mention that I’ve been one of these volunteers since 2018). The same ethos holds true on the smaller scale. Fans collaborate on Big Bangs (artists choose a story and work to illustrate it) and Reverse Bangs (writers pick an illustration to create a story around). They ‘beta’ (edit) works for one another before posting, gift fanworks to friends for birthdays and holidays, and engage in further transformations of all kinds: translations, ‘remixes’ of favourite fanworks, or podfics (like audiobooks for fic). 99.9% of the time, nothing but labour changes hands.

This joyful, noisy, community-focused spirit was everything I was lacking as a stressed PhD finalist. Writing without consequences gave me freedom to play. This is particularly true in fanfic because the people reading your work already share an understanding of the landscape in which you’re writing. You can skip the backstory and the detailed character notes in order to experiment with narrative structure or mess around with cliché. That last part is important: transformative fandom thrives on tropes. You can see it in the way that AO3 organises their content. The 5 million-plus works that the Archive hosts are tagged, partly to offer warnings (‘Graphic Violence’, ‘Nonconsensual Sex’, ‘Major Character Death’) and partly for ease of searching. Readers can filter through works on the basis of relationship pairings, ‘alternate universe’ settings (high school, hospital, outer space), or any number of narrative motifs. Love enemies-to-lovers narratives? Want to read fic after fic where your fave is first wounded and then cared for? Maybe you just love stories that feature major character death! One of the things that fic readers often note about their own behaviour is their enthusiasm for consuming the same story fifty (or five hundred) different ways.

This enthusiasm isn’t unique to fandom: anyone who reads romance fiction or murder mystery novels, who enjoys police procedurals or certain modes of reality TV, is tapping into the same soothing well. In the context of fanfiction, though, it contributes to the genre’s radical accessibility. The presence of a common vocabulary of narrative devices encourages readers (many of whom are also creators) to consider how they can be challenged or reworked. Fan culture makes it easy for its members to realise that speculation in an experimental model: a fic.

Transformative works are satisfying because they’re both creative and critical; they’re always-already part of a discussion with somebody else. You’re talking back to the writers who produced the original media property and forward to the readers consuming your take on their work. The prevalence of tropes within the fan community brings you further into dialogue with the fan creators before you: not only the other people who have offered their takes on this episode or scene, but the other people who have written romance stories in which (for example) ‘there was only one bed’. It’s the dynamic I loved when I was on my undergraduate degree, and often found myself missing as a grad: the chance to spend time with a group of thoughtful people, trying to find out what you can get from a text that you’ve all consumed. Like the best conversations, fanworks are a joint project in both creation and interpretation.

It’s worth saying, I think, that looking back now I can see more than thematic correlations between the material I wrote on for my PhD thesis and the type of literature that now takes up a lot of my mental space. G.W.M. Reynolds, writing The Mysteries of London for the 1840s working class, was addressing an audience that was still learning how to read; not just in the most literal sense, but in the sense of understanding how to critically engage with texts. He managed this by writing a serial which drew on the traditions of French melodrama, another genre which is founded in repetition and cliché. In the same way as I’ve observed in transformative fan culture, Reynolds’s return to and reworking of a few repeated narrative tropes enabled him to interrogate the power dynamics that facilitated them — providing a social critique that was accessible to its working-class readers without condescending to or underestimating them. In the same way, transformative fandom provides a venue not only for social exploration but for critical (which is also social) critique from groups who are marginalised by mainstream culture. It says that everyone has the power to speak up; that everybody’s voice is valid.

For me as a neurotic grad student, that message was truly transformative. There’s no way I’d have started my MA in creative writing (which I did in October 2019) without having written that first fanfic five years before. Being in transformative fandom gave me the confidence to expose my work to the critique of my peers, to offer my own insight into the work of others, and to have confidence in my own authority as a creative voice. So many of the skills I’ve learned in fandom have stood me in good stead as I embark on the project of my MA; first and foremost, the importance of creative community with my peers. The originality of the isolated genius is overrated. Working together to build something new is where it’s at.

Jess is in the first year of an MA in Creative Writing at Birkbeck, She has a PhD in Victorian literature from Royal Holloway and she’s also the volunteer Communications Chair at the Organization for Transformative Works, a fan advocacy organisation whose projects include the Archive of Our Own. Jess is interested in history, genre fiction, popular culture and collaborative writing. 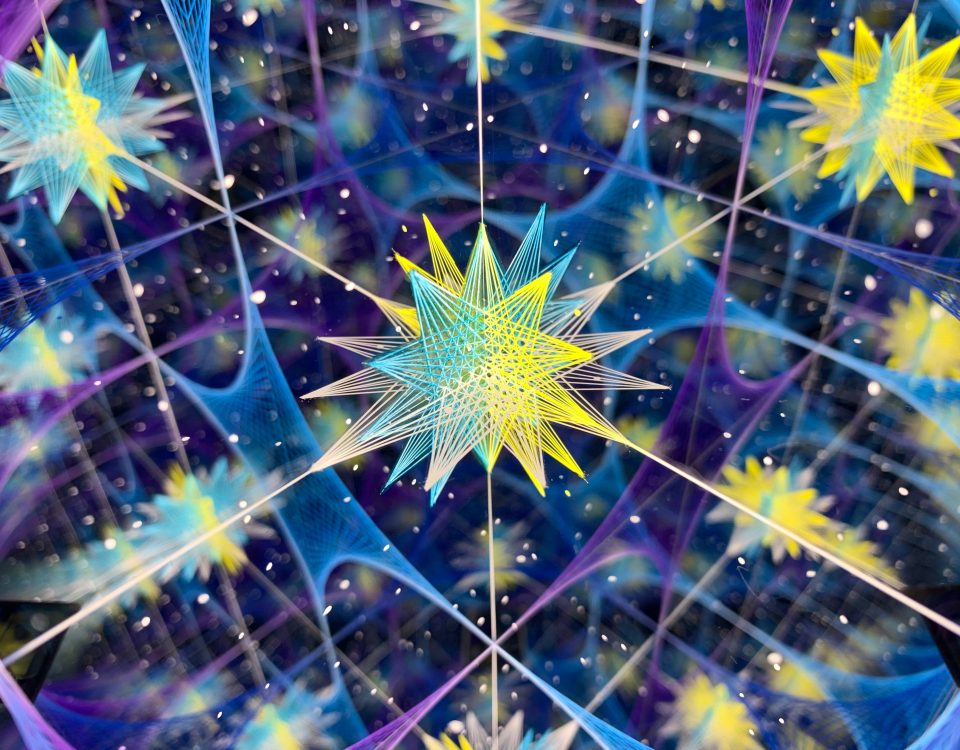