Some time ago, my flatmate told me a story about a guy she invited to our place. From what I recall, she met him on Tinder and he came for a sleepover. It went okay, until the next day when he decided to send her a message where, in the middle of a casual exchange, he mentioned that he didn’t like her pillows. You wouldn’t think that people send these kind of messages when they don’t know each other, but apparently, they do. This is something I imagine myself saying to my best friend, my mum, my boyfriend, but definitely not to a stranger I just had sex with. My flatmate was annoyed about the whole situation, not because her pillows are actually shit but because of the comment about her personal space. I am not going to go into a psychological analysis here but if I gave you access to my vagina, who would you be to criticise my pillows? It goes deeper than a choice of pillows; that’s the whole problem with inviting strangers to your house.

That’s the part I hated the most about dating: inviting people over. When I was on dating apps I rarely invited guys over, I preferred going to their place. Bringing someone to my room meant giving them the opportunity to catch a glimpse of who I was. My house is my sanctuary, which is why my flatmates get annoyed that I want it super clean and tidy, and that I should be better off by myself in the end. It’s complicated when you consider your house as a reflection of your mindset. I’m not blaming my flatmates, just me for being annoying and a bit stuck up.

The point is, I never used to invite guys over when I was dating them. I always went to their place. Mainly because when getting to their house, I did a full inspection of what I could observe which meant I was expecting them to do the same if they came to mine. Dust left on the couch, the mess in the living room, the guitars in the corner, the cabinet full of empty Absolut vodka bottles, the Napoleon posters, or the family photos left by the landlord on the shelf that the guy did not even bother to remove. Try and have sex when you have strangers staring at you through pictures, strangers that the guy doesn’t even know himself. It sounds odd but he didn’t seem to find it strange, even when I said “These pictures are sweet,” to which he responded with a bovine look on his face, “I don’t know any of these people.” The reason why I didn’t invite guys over was mainly because I didn’t want them to get a sense of who I was straight away. Don’t get me wrong, I live in a regular house, not in an artists’ studio or on a farm, but we all want to bring mystery into a relationship, even a possible one. If I could use cigarettes to look cooler and even more French than I already was, I could use the secrecy around where I lived as well.

Bedrooms, houses are reflections of who we are and I didn’t want to sell a piece of myself in this sense. Did that mean being scared of bringing these guys closer to me? Probably, but also getting a sense of whether I wanted to spend more time with them or not. You can imagine that the Napoleon posters in the living room were definitely a turn off, along with a room empty of any personal effects except for a bike in the corner and a really questionable choice of underwear lying on the floor. It’s hard to swallow when you’ve enjoyed the person’s company with a glass of wine earlier in the evening. It’s tantalizing to touch and feel the person’s presence through their belongings, but also a brutal realisation that you will probably never see that person again if their bathroom grossed you out.

I’ve always had a thing for going to other people’s homes, even back when I was a child. I remember going to my neighbour’s to borrow flour for my mum, the excitement running through my fingers just by pressing the doorbell. It still resonates through my ears, as an echo, little me waiting impatiently on the doorstep. The door opened and I could see the wooden stairs; a few steps further and the clock with cats appeared. My nostrils filled with the smell of vanilla diffuser to cover up the hundreds of cigarettes my neighbours used to smoke. All these sensations stayed with me; whereas I barely remember hearing about how one of them was dying of a cancer a few years back. In London, it’s hard to get the same feeling as most people my age are renting. Most of the furniture we own is not even ours, therefore the lack of personal environment we get is frustrating. After all, maybe I got the wrong impression about some of these guys I dated and could have given them a chance but I can’t help my judgments getting in the way sometimes. It’s still interesting though, how for example our landlord decorated the house and chose a hideous toilet seat. The funny thing about visiting someone’s house in London is that you’re likely to get a completely wrong feeling about them. 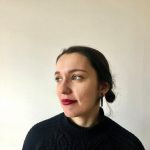 Angèle Eliane lives in London and is a Creative Writing MA student at Birkbeck University. After a short break in her writing and a shot at various career paths, she finally realised that writing was her call. She contributes to the MIR Blog and is running her own: https://angeleeliane.wixsite.com/angele, whilst having a full-time job as a Content Writer and working on her first book. 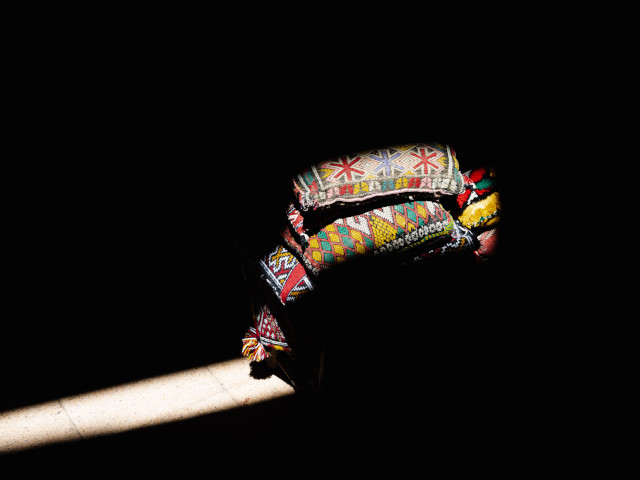 Short Fiction by Angèle Eliane
Do you like it?8
Read more

Melanie Jones on the next step for MIROnline

Managing Editor Melanie Jones discusses the recent changes to MIROnline
Do you like it?0
Read more 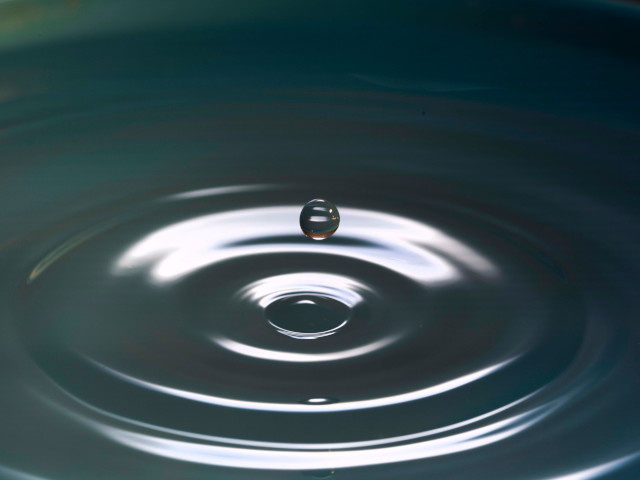 Short Fiction by Alex Williamson
Do you like it?8
Read more

Split / the difference by Micaela Maftei and Laura Tansley

Short Fiction by Micaela Maftei and Laura Tansley
Do you like it?8
Read more

Short Fiction by Emma Venables
Do you like it?8
Read more 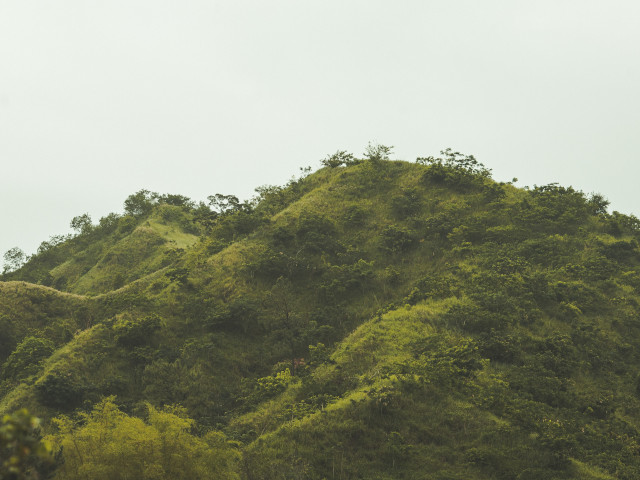 Short Fiction by Andy Mead
Do you like it?8
Read more 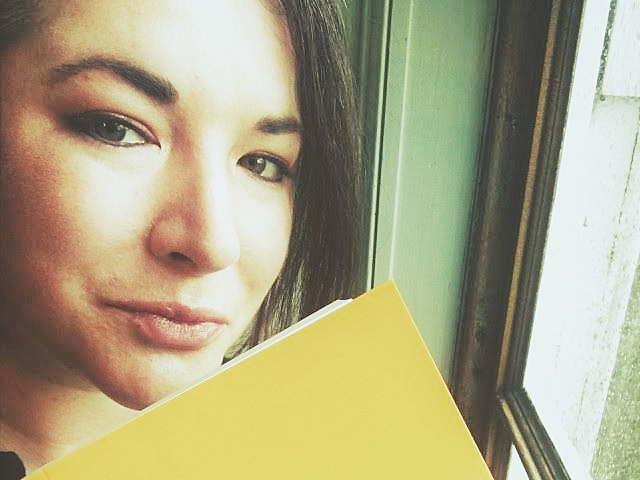 In the fourth episode of the MIR Podcast MIR15 editor Lauren Miller talks to author Jane Roberts about her story “Our Lady the Sheela Na Gig.” They discuss what inspired the story, Jane’s writing background and they get to the bottom of exactly what a Sheela Na Gig actually is. […]
Do you like it?0
Read more 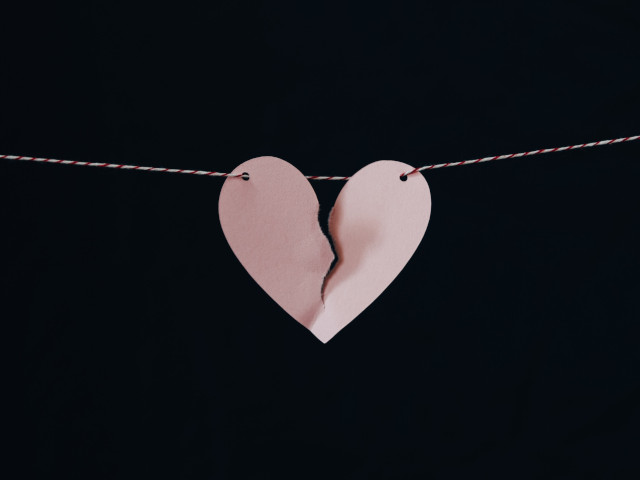 Short Fiction by Lorna Thorpe
Do you like it?8
Read more

Short Fiction by Tim Footman
Do you like it?8
Read more 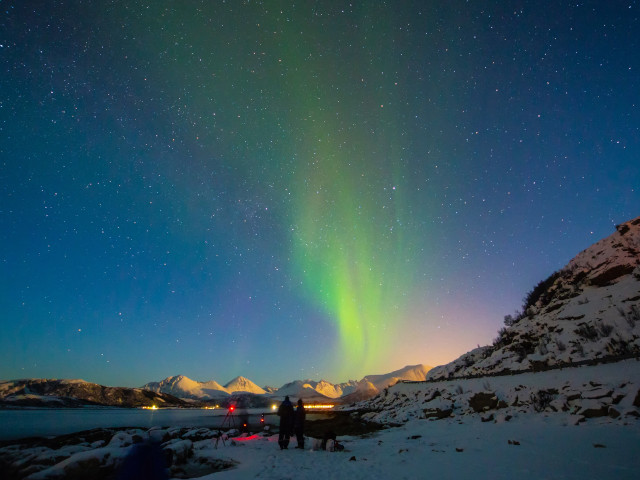 Short Fiction by Judy Darley
Do you like it?8
Read more 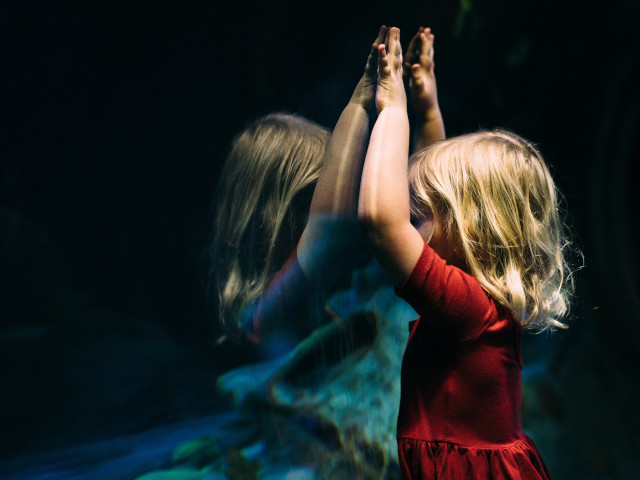 The Stiff Upper Lip is a Thing of the Past

Lauren Miller writes about connecting through books for Children’s Mental Health Week
Do you like it?0
Read more

Short Fiction by Andrew McDonnell
Do you like it?8
Read more 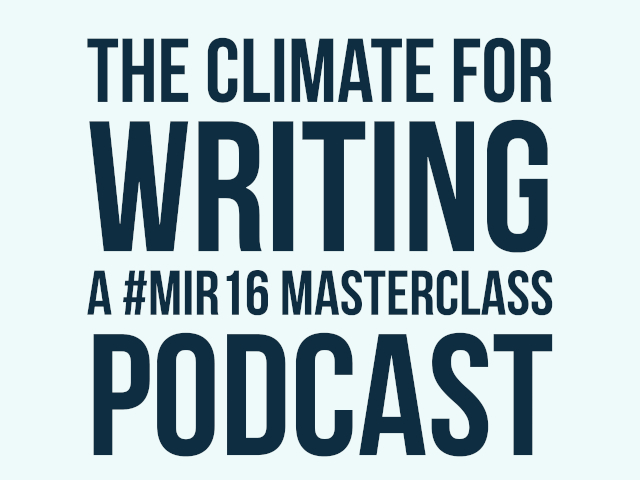 The third episode of the MIR Podcast comes from a live recording taken at The Climate for Writing: A MIR16 Masterclass. Deputy Managing Editor of MIROnline, Peter J Coles hosts a panel discussion on writing ‘climate’ with acclaimed authors Jean McNeil and Richard Hamblyn in which they discuss what it means […]
Do you like it?0
Read more 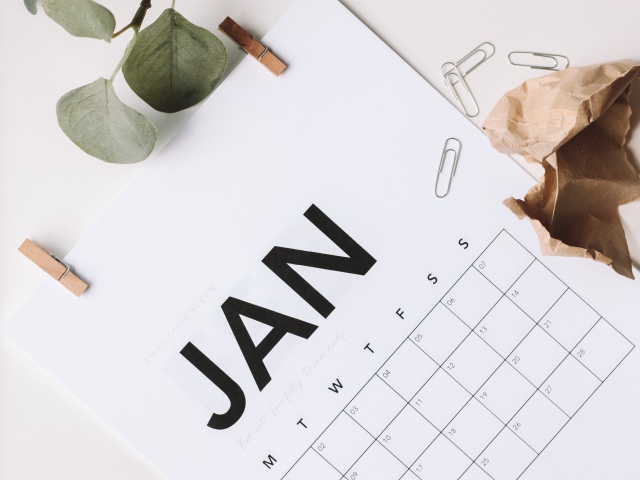 The MIROnline team tells their writing resolutions for 2019
Do you like it?0
Read more

Short Fiction by Douglas Bruton
Do you like it?8
Read more 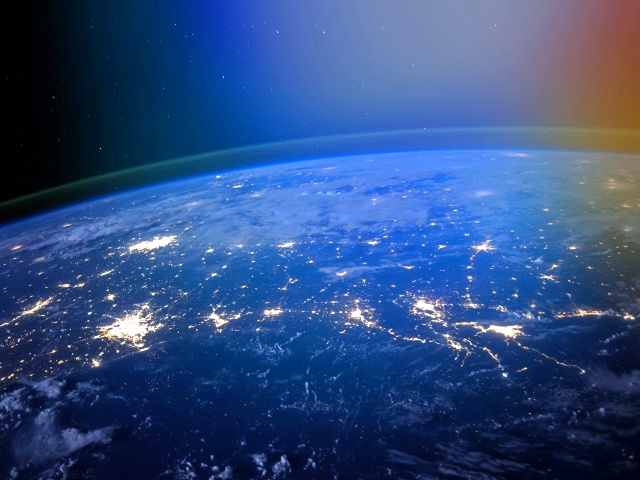 Short Fiction by Marc Nash
Do you like it?8
Read more 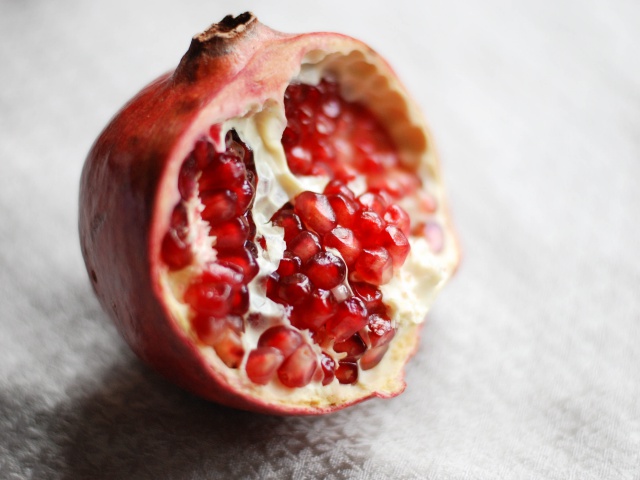 Moving On by Rosie Allabarton

Short Fiction by Rosie Allabarton
Do you like it?8
Read more 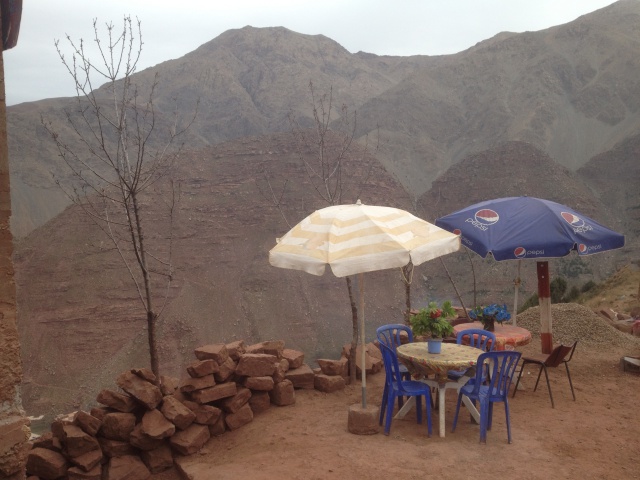 Short Fiction by Tom White
Do you like it?8
Read more 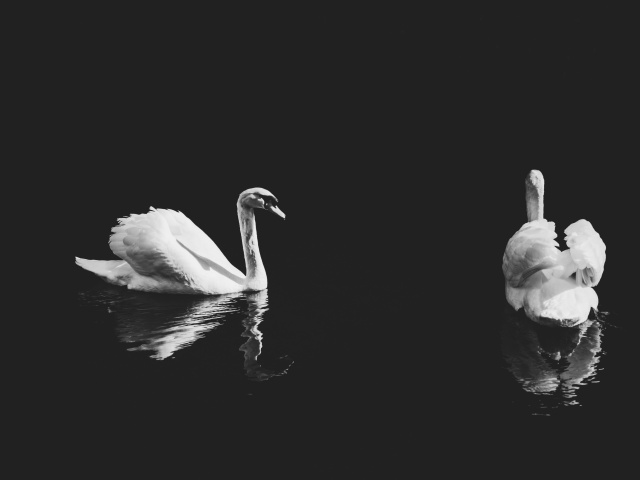 Short Fiction by Alice Wickham
Do you like it?8
Read more 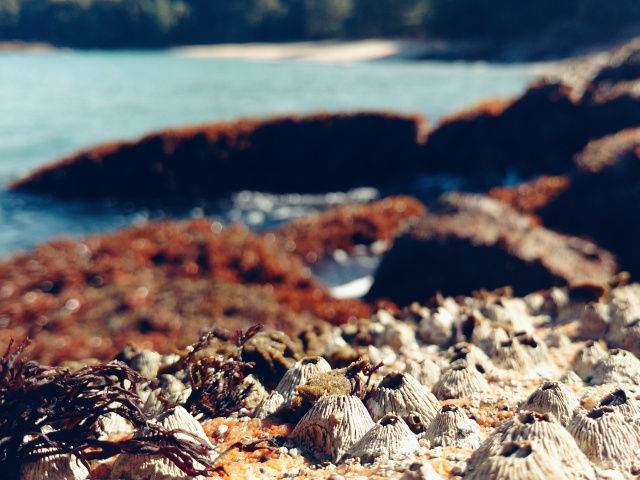